Mayweather batters McGregor, wins by TKO in round 10 MANILA, Philippines – Conor McGregor looked every bit like a professional boxer in his boxing debut, but in the end there was no substitution for having a lifetime of experience in the ring.

Floyd Mayweather Jr in the end was too experienced for the Ultimate Fighting Championship star, stopping him with barrage of punches at 1:05 of the tenth round.

“This is my last fight tonight, ladies and gentlemen, and I chose the right partner to dance with,” said Mayweather.

“He’s a lot better than I thought he’d be. He’s a tough competitor, but ​I​ was the better man tonight.”

McGregor shocked pundits early on, outboxing Mayweather from distance and landing with right jabs and counter left uppercuts as Mayweather, fighting for the first time in two years, was passive in the first couple of rounds as he measured what McGregor would bring to the ring.

“Our game plan was to take our time, go to him, let him shoot his shots early and then take him out down the stretch. I guaranteed to everybody that this wouldn’t go the distance.” 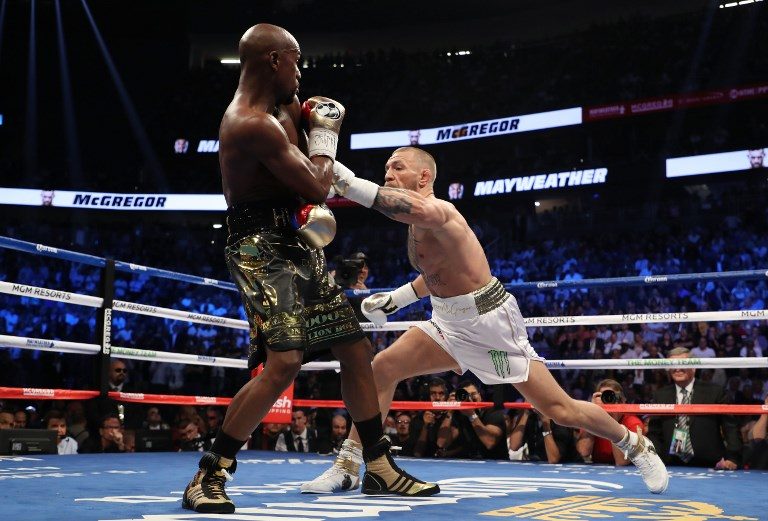 Mayweather turned the fight around in the fourth round, walking McGregor down while moving his head and landing with straight right hands. Mayweather began banging McGregor around the ring in the sixth and seventh rounds with right hands as the bounce left McGregor’s legs and snap left the Irishman’s punches.

Yet even as his punches lacked pop, McGregor was still the one moving his hands more in the eighth. But after a withering ninth round that may have warranted a 10-8 round in the ninth, Mayweather laid a beating on McGregor in the tenth round to prompt the referee’s stoppage.

“I turned him into a Mexican tonight,” McGregor joked afterwards, a reference to Mayweather’s aggressive style after years of being a safety-first boxer. Despite the loss, McGregor stands to make millions from the fight, while Mayweather is set for another record purse.

The knockout is just the third for Mayweather in the last 10 years.

Mayweather entered the ring as a -550 betting favorite while McGregor was a +350 underdog, according to Yahoo’s Kevin Iole.