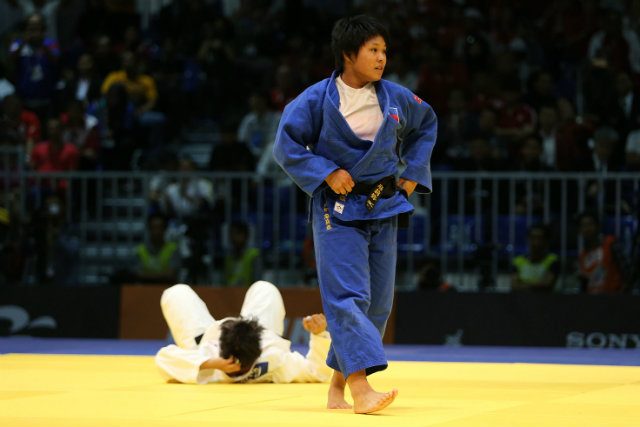 In her SEA Games debut, the 16-year-old Fil-Japanese judoka overcame defending champion Surattana Thongsri of Thailand, winning by ippon in 48 seconds in the women’s -70kg finals to deliver another gold medal for the Philippines. Thongsri had won the gold at every SEA Games since 2007 before being dethroned. Takahashi joins Kiyomi Watanabe in the list of PH gold medalists thus far. Watanabe had previously won her third straight title in the women’s under 63 kg judo event in the biennial games on Saturday.

Meanwhile, Sydney Sy also grabbed a bronze in the women’s under-78 kg judo event on Sunday.

Sy, 17, defeated Chatthayaporn Prawiset of Thailand to secure a podium finish in her weight classification. – Rappler.com