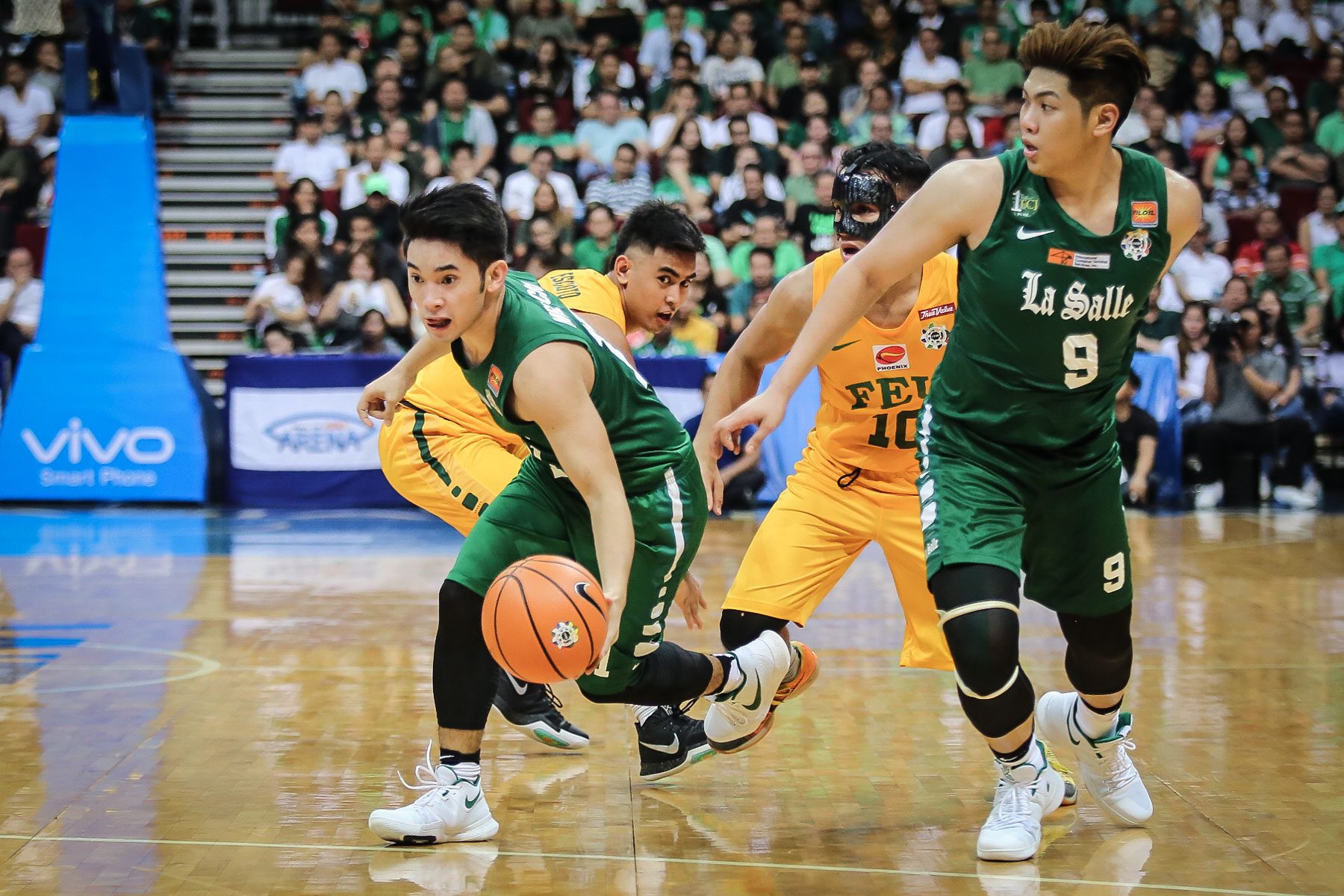 MANILA, Philippines – The De La Salle University (DLSU) Green Archers began their title defense with a victory over the Far Eastern University (FEU) Tamaraws, 95-90, on Sunday, September 10 at the Mall of Asia Arena.

The Green Archers entered the match without Season 79 Most Valuable Player Ben Mbala, who is representing Cameroon in the 2017 FIBA Afrobasket. This was also the first meeting of both teams after their preseason scuffle that erupted in the 2017 Kadawayan tournament in Davao.

DLSU limited the FEU offense with a full court press, but the Tamaraws battled through and were able to redeem themselves from their low first quarter production of 11 points.

Melecio top-scored for the Green Archers with 29 points and collected 6 rebounds of which 3 are offensive. Andrei Caracut followed with 16 points, while Montalbo made 12 markers which were all from triples.

Ron Dennison led the Tamaraws with 21 points and 7 boards. Comboy followed with 13 points, which were all made late in the second half that contributed to the comeback by FEU.

Down by 19 after the third, the Tamaraws sparked a late comeback in the final quarter as Wendel Comboy nailed a triple in the last two minutes. Though FEU got to within 5 points with one minute left in the game, it proved to be too little to best the Green Archers.

This win puts the DLSU Green Archers at a 1-0 record, while the FEU Tamaraws fall to a 0-1 record in the UAAP Season 80 basketball tournament.