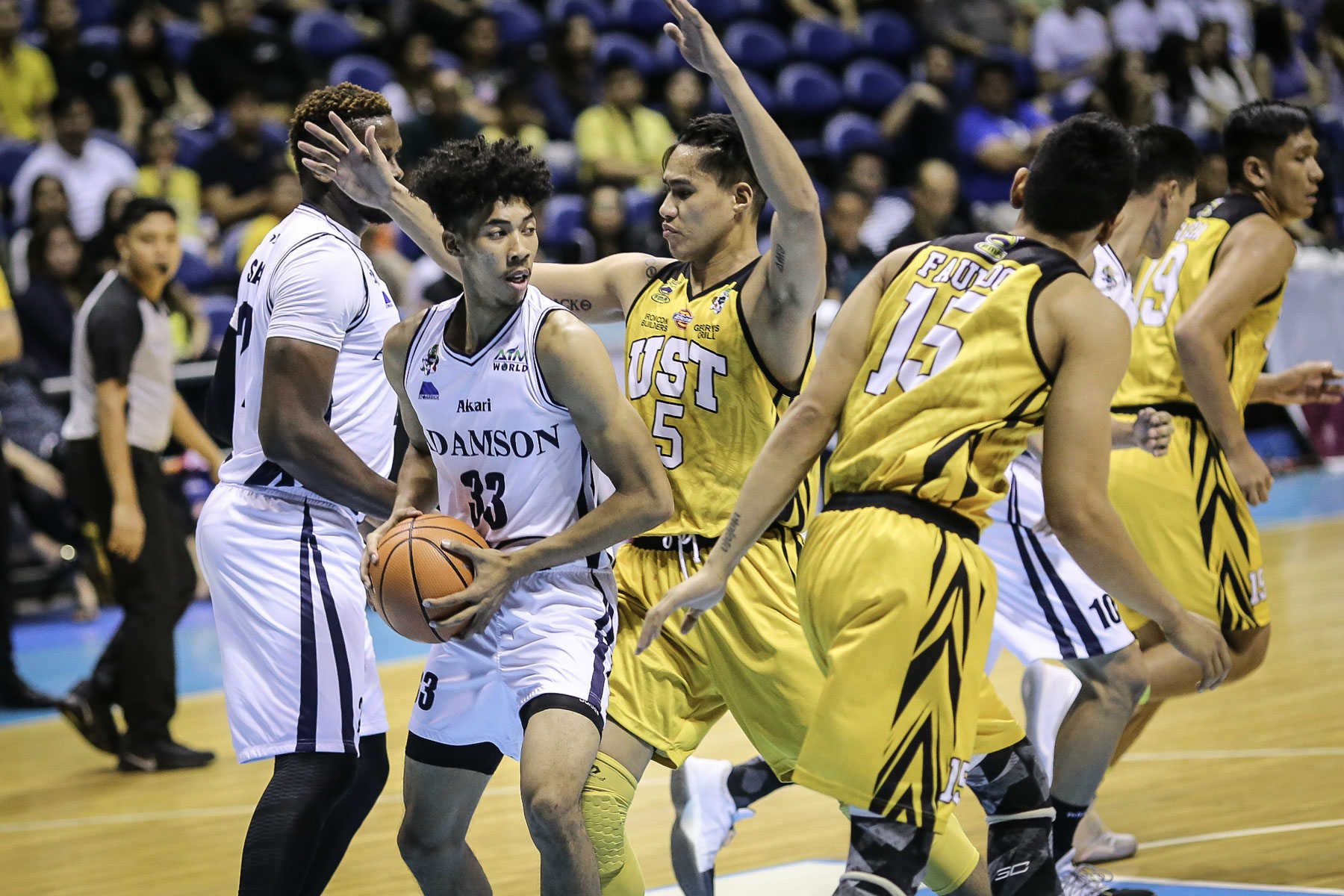 Facebook Twitter Copy URL
Copied
Tyrus Hill showcases his dunking abilities, but one of them leads to posterizing Jeepy Faundo

MANILA, Philippines – Adamson rookie Tyrus Hill debuted his dunking abilities in the UAAP on Saturday, September 16, at the Araneta Coliseum.

Hill embellished the Soaring Falcons’ victory over the Growling Tigers with two slams in the second half.

In the final frame of the game, Hill pushed his luck for another slam that saw him go over UST center Steve Akomo. However, the play was called for travel.

It was just too good to be true for Tyrus Hill. #UAAPSeason80 pic.twitter.com/NXKefgtHiA

Tyrus Hill collected a total of 3 points in the game that included his first dunk in the UAAP and a bonus free throw.

Together with Adamson’s second leading scorer Kurt Lojera, Hill was recruited by Coach Franz Pumaren from California, as both players were part of the BallerZ team that participated in the AAU Basketball league. – Rappler.com