LeBron could return Friday for Cavs but Shumpert out 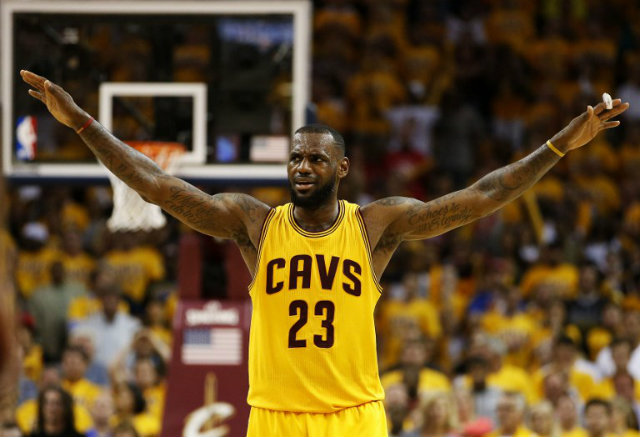 CHICAGO, USA – LeBron James worked out for a full practice session Thursday, October 5 for the first time since spraining his left ankle last week and could return to the Cleveland Cavaliers’ lineup for an NBA pre-season matchup Friday against Indiana.

Cavaliers coach Tyronn Lue said the four-time NBA Most Valuable Player could return when the Cavs host the Pacers.

“Not sure yet,” Lue said. “We’ll see how he feels after going through practice today.”

James, who has played in the past 7 NBA Finals, has yet to take the court alongside the revamped Cleveland starting lineup in the wake of Kyrie Irving’s trade to the Boston Celtics.

The Cavaliers, who lost to Golden State in last June’s NBA Finals, added forward Jae Crowder and guard Isaiah Thomas from the Celtics and former New York and Chicago guard Derrick Rose to join James and Kevin Love, who could shift to center in the retooled Cleveland starting 5.

Iman Shumpert will miss 7 to 10 days with a left foot sprain, the team announced. The veteran guard was hurt during an awkward landing after a missed dunk in a 109-93 pre-season loss Wednesday to Atlanta.

With three-time NBA champion guard Dwyane Wade joining Cleveland and Rose, who has struggled with knee injuries in past seasons, looking solid, the Cavaliers again figure to be the team to beat in the Eastern Confernece.

“They’re both good slashers, good off the ball,” Lue said of pairing the two in the Cavs’ backcourt. “We’ll wait and see how it looks but I’m excited about it.”

Rose said he was amazed at the space left to him to attack the basket by opposing defenders in early pre-season work.

“He’s playing at a high level as far as speed and quickness and being explosive getting to the basket,” Lue said. “Having the shooters we have on the floor, it makes it a lot easier for him.”

Adding to Cleveland’s backcourt riches would be Thomas, who could return by the end of the year from a nagging hip injury. – Rappler.com