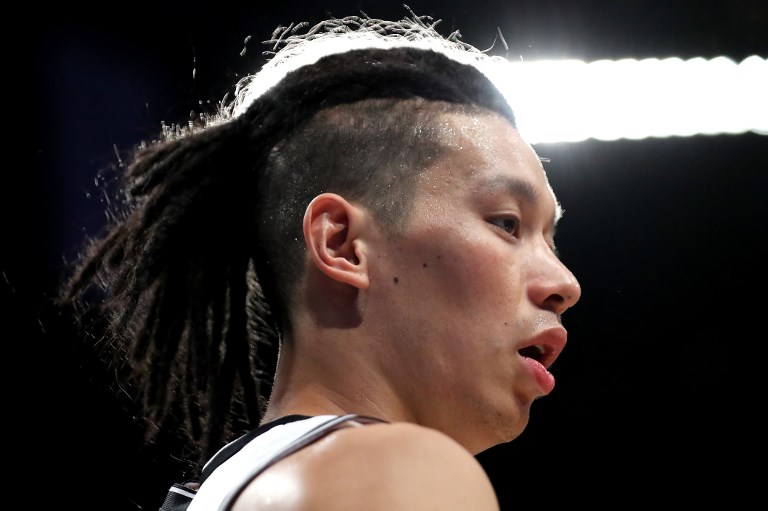 Lin, who outlined the reasons for wearing dreadlocks in a Players Tribune website essay on Tuesday, was called out for his choice in an Instagram posting by Martin, the top pick of the 2000 NBA Draft who helped the Nets twice reach the NBA Finals.

“Do I need to remind this damn boy that his last name Lin?” Martin said. “Come on man, let’s stop this man, these people. There’s no way possible that he would have made it on one of our teams with that bullshit going on on his head.

“You want to be black. We get it. But the last name is Lin.”

After receiving negative feedback and comments, Martin took to Instagram again to explain his comments.

“That man grown. That man can rock whatever hairstyle he want to rock. That don’t mean I have to like it or agree with it,” Martin said.

“Ain’t about race. Ain’t about none of that. Grow up people. It was a joke. But I don’t like it. I don’t agree with it.”

Lin, who admitted he was sensitive to issues of cultural appropriation in explaining his reasons for wearing dreads, replied on Instagram with praise for Martin, who in 2011 played for China’s Xinjiang Flying Tigers while the NBA was shut down in an owners-players money dispute.

‘Had your poster on my wall’

“Hey man. Its all good,” Lin wrote. “You don’t have to like my hair and definitely entitled to your opinion. Actually i legit grateful you sharin it tbh (to be honest).

“At the end of the day i appreciate that i have dreads and you have Chinese tattoos bc i think its a sign of respect. And i think as minorities, the more we appreciate each others cultures, the more we influence mainstream society.”

“Thanks for everything you did for the nets and hoops…had your poster up on my wall growin up,” Lin said.

In his essay. Lin wrote about cultural concern and the impact of “jokes,” saying, “As an Asian-American, I do know something about cultural appropriation. I know what it feels like when people get my culture wrong.

“I know how much it bothers me when Hollywood relegates Asian people to token sidekicks, or worse, when it takes Asian stories and tells them without Asian people… I’ve felt how hurtful it is when people reduce us to stereotypes of Bruce Lee or ‘shrimp fried rice.’

“It’s easy to brush some of these things off as ‘jokes’ but eventually they add up. And the full effect of them can make you feel like you’re worth less than others and that your voice matters less than others. So of course I never want to do that to another culture.”

‘I may not have gotten it right’

Lin also wrote about having his hair braided for 8 hours last weekend with African-American teammate Rondae Hollis-Jefferson and said he has often changed hairstyle and wanted feedback on his decision.

“I may not have gotten it right with my idea to get dreads. But I hope that this is a start, not an end, to more dialogue about our differences,” Lin said. “We need more empathy, more compassion and less judgment. That takes actual work and communication.”

Lin, the first American of Chinese or Taiwanese descent to play in the NBA, made his biggest splash in 2012 when he sparked a 7-game New York Knicks win streak with clutch playmaking, last-second baskets and timely assists that revived the injury-hit team and touched off what became known as “Lin-sanity.”

Lin departed the Knicks for Houston and also played for the Los Angeles Lakers and Charlotte before coming back to New York last year with the Nets. – Rappler.com