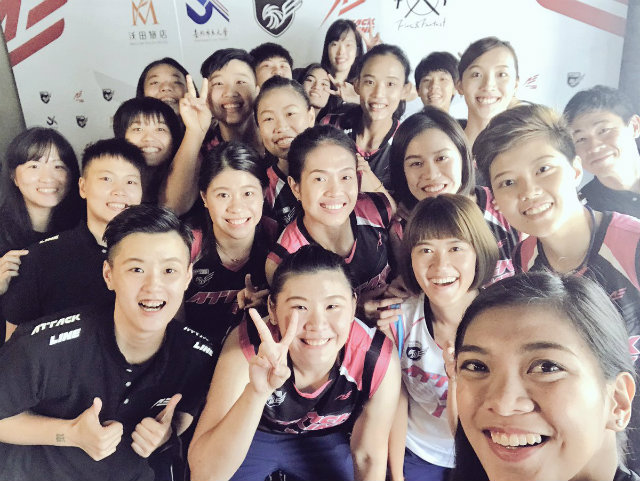 MANILA, Philippines – Philippine volleyball’s ‘The Phenom’ has taken her talents to Chinese-Taipei.

After playing as a reinforcement for the 3BB Nakornnont in Thailand last year, Alyssa Valdez will once again showcase her wares outside the country as a member of Attack Line, a Chinese-Taipei club team.

Valdez, through her Twitter and Facebook accounts, announced that she arrived in Taiwan yesterday and posted a picture with her new teammates and fellow reinforcement Trần Thị Thanh Thuý or “T4”, a member of the Vietnamese national team.

A breathe of fresh air #WalangTAIWANan

“I’m expecting to really learn a lot of things here and adjust to a new system again and hopefully bring everything that I’ve learned sa Manila and share it with my teammates and everyone,” said Valdez in a Facebook Live session dedicated to her fans yesterday.

The tournament will run until December. – Rappler.com