Oct 6, 2017 5:17 PM PHT
Beatrice Go
Facebook Twitter Copy URL
Copied
EXCLUSIVE: "I have been misjudged many times because of how I look, because of how I carry myself and though it doesn't show, being misjudged is really hurtful," says Kelly Nabong 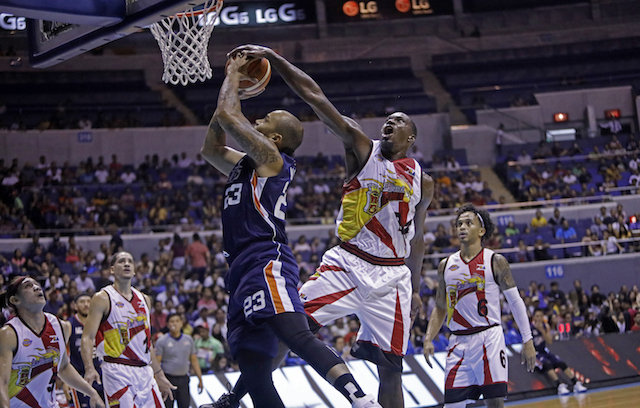 In the text message, Nabong denies Meralco Bolts’ Head Coach Norman Black’s statement that the big man was “not happy due to his lack of playing time,” saying it was because he felt that he was not being given the respect he deserved as a player.

“I have been misjudged many times because of how I look, because of how I carry myself and though it doesn’t show, being misjudged is really hurtful. I won’t defend my actions at the game. I snapped and that was wrong. I have to control my emotions no matter how my coaches talk to me.

I just felt that somehow players famous or not, getting playing time or not, deserve a degree of respect too “kahit player lang ako”. I let my emotions get the best of me but no, it wasn’t because I wasn’t playing. Regardless if I get my minutes or not the coaches that have handled me know I always put the best that I could.

To Meralco Bolts, Thank you for the chance you gave me. Lastly, To those that did not judge me right away, THANK YOU, “tao lang din kasi ako” and to those that said hurtful things to me and judged me, Thank you for voicing out your thoughts. May God be with us all. -Kelly N.”

The Meralco Bolts, who swept the Star Hotshots to advance to the Governors’ Cup Finals, will be missing the services of the the Fil-Am center until a further decision has been made by the management. However, Nabong continues to support his team in their championship contention.

“I’m just moving on to the next chapter in my life and I wish the Meralco players well with their championship contention.” – Rappler.com