Oct 7, 2017 3:57 PM PHT
Rappler.com
Facebook Twitter Copy URL
Copied
Kyrie Irving scores 21 points in the pre-season win over the 76ers, but it's his assist to one young fan that is most memorable 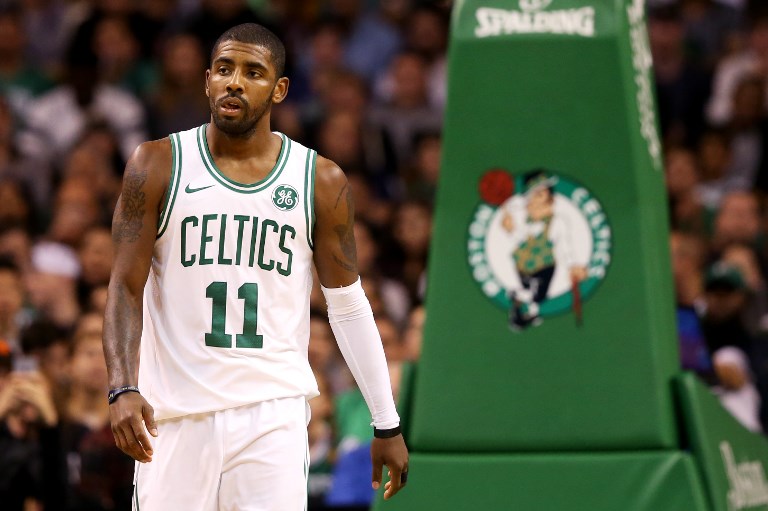 Irving, who scored 21 points on 7-of-14 shooting in the 110-102 victory over the 76ers, spotted the youngster in one of the first several rows wearing Irving’s Cleveland Cavaliers jersey. He rewarded the fan’s support by handing him his game-worn Nike Kyrie 3 shoes, autographing them both.

Kyrie dishes out a postgame assist to a lucky fan! #ThisIsWhyWePlay pic.twitter.com/8EReXIaWIQ

After 3 straight seasons in the NBA Finals alongside LeBron James, Irving came over to Bean Town in a trade that sent Isaiah Thomas to Cleveland. The Celtics also acquired Gordon Hayward from free agency, solidifying a squad which is expected to be a strong force in the East. – Rappler.com