After near upset of DLSU, the UE Red Warriors walk with a winning swagger 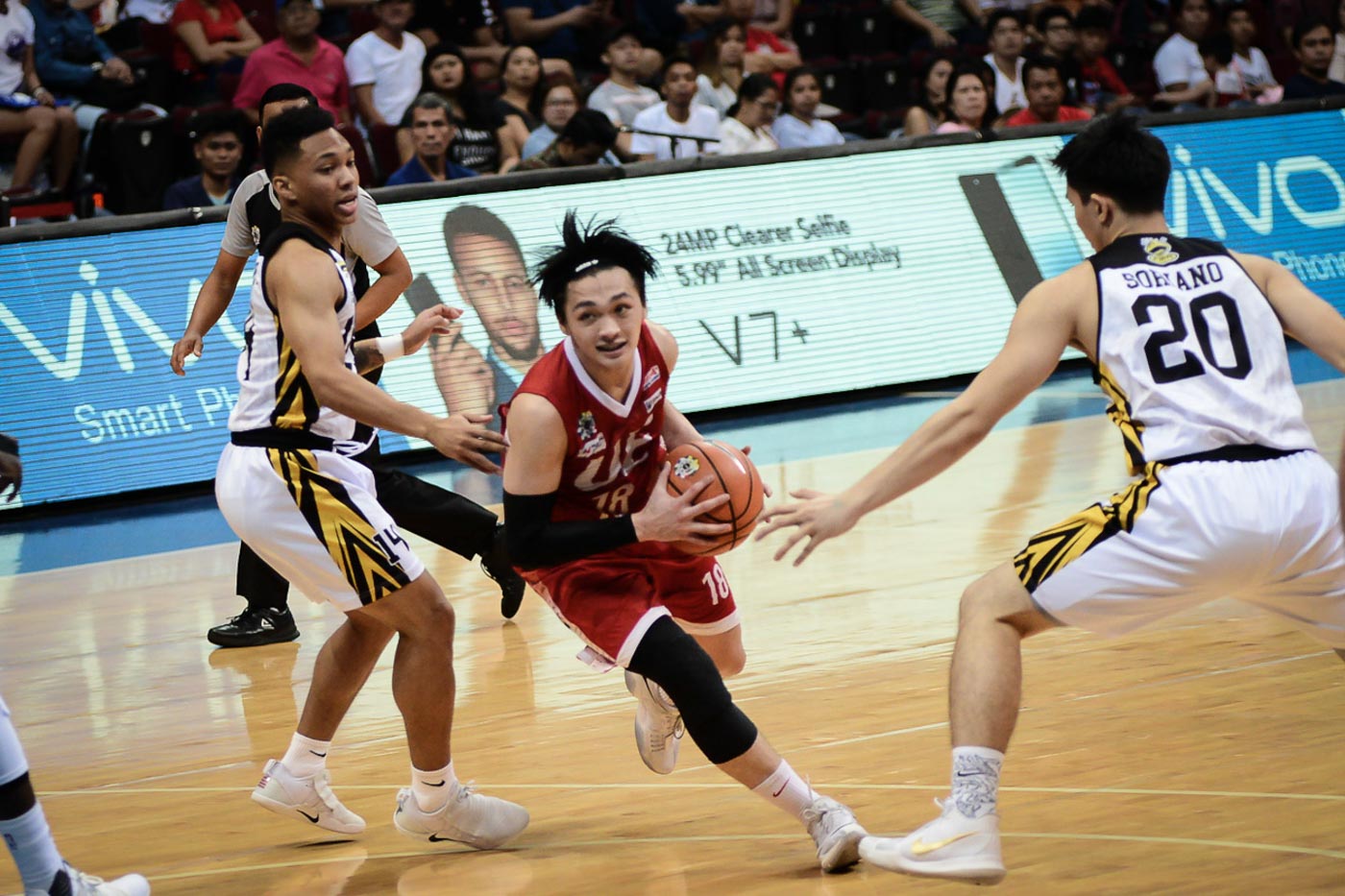 He said that not just because they faced another winless team against whom he got his career-best 20 points, but because they almost defeated defending champion DLSU the last time they played. After a 25-6 run in the last 4 minutes, UE gave the champs a scare although they ultimately lost 106-100. Despite falling short, UE had done enough damage to demoralize the Archers and give themselves the momentum they needed coming into this game against the Growling Tigers.

But of course, all eyes today were on the man of the week, Alvin Pasaol, and he did not disappoint. One game after scoring an absurd career-high of 49 points, the star forward tacked on 32 more points to lead the all-around team effort. He also added 10 rebounds, two assists, two steals and two blocks and pulled up his week average to an astonishing 40.5 points per game. To put that in perspective, he had 76 points in his first 5 games and 81 in just his last two.

“Naiyak ako dun ah,” he joked after his mini-speech. (“I felt like crying there.”)

Warrior forward Mark Olayon also gave credit to his team’s moxie for this game. “Walang sumuko sa amin kanina eh, kasi humabol din yung UST. Nagtulungan kami hanggang sa dulo kaya ayun, nakuha namin yung panalo kanina.” (“No one gave up earlier for us, because UST still caught up. We helped one another until the end so there, we got the win earlier.”)

Coach “Manong” Derrick Pumaren also noted the shift in the teams confidence after their performance against DLSU. “Even in practice, the atmosphere was really different. You can feel the excitement. Even though it was a loss, you feel good about it. I hope that we can continue that. We cannot just be happy with this win.”

As the victorious Warriors were walking away from the press room, one media member had time for one last joke: “Coach, isang bucket ng Chickenjoy para kay Alvin?” (“Coach, one bucket of Chickenjoy for Alvin?”)