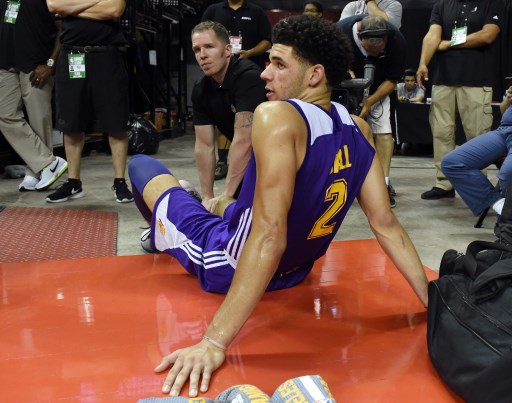 Ball was to miss his second straight game since he was hurt on Monday when he came down on Denver Nuggets point guard Emmanuel Mudiay’s foot near the end of the first half of a pre-season contest.

Lakers coach Luke Walton said Ball, the second overall selection in the draft in June, had trouble with lateral movement.

There was some suggestion Ball could miss the rest of the pre-season.

“I hope not, but yeah, that’s a possibility,” Walton said. “It is different with every player. He is new to the team, so we’ve got to see how long these types of injuries take him to come back from.

“We’d like to have him back, but again, we are not going to rush him back just to try to get him out there.”

The Lakers open the regular season on October 19 against the Los Angeles Clippers. – Rappler.com