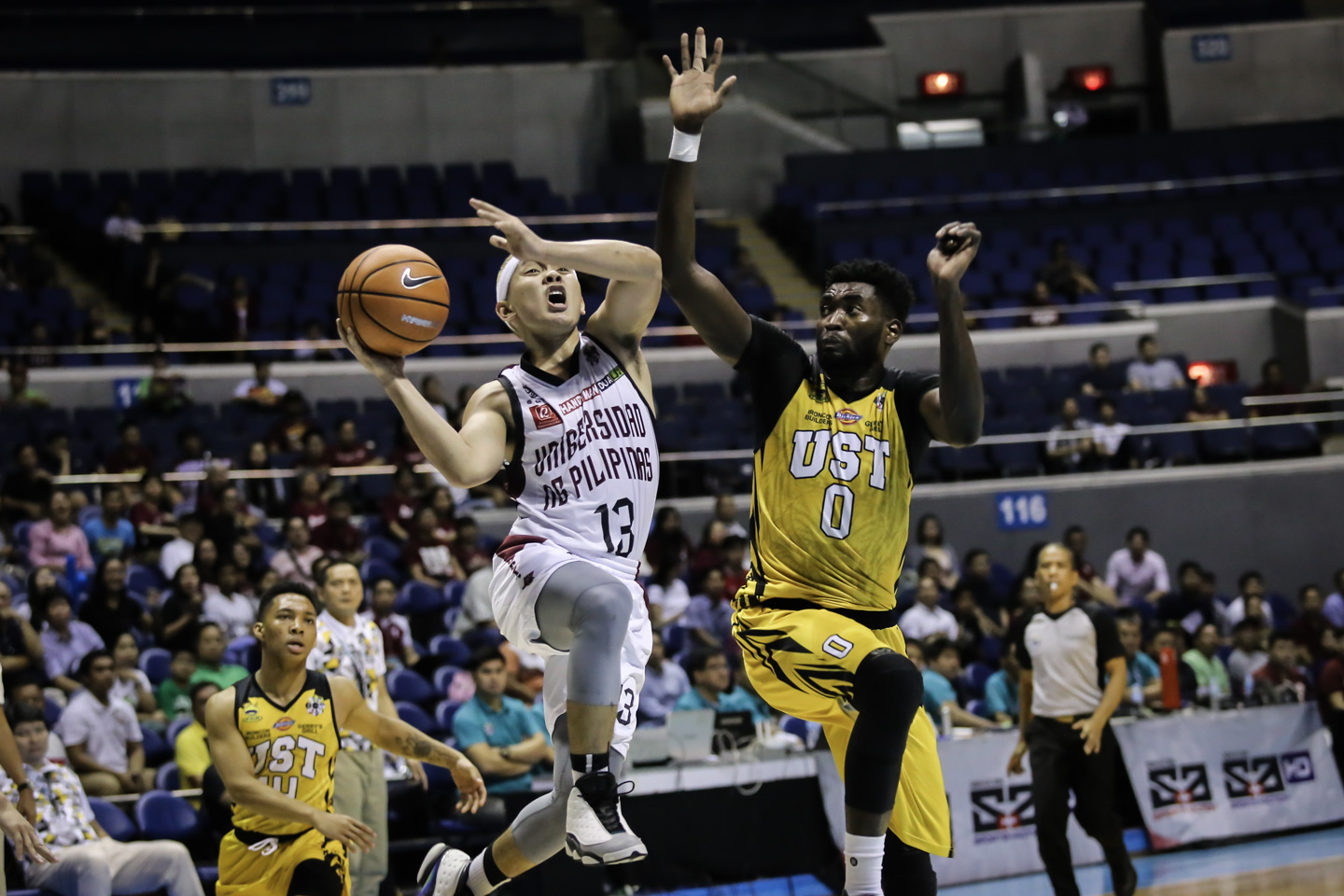 The Growling Tigers came close to the Fighting Maroons via a Marvin Lee triple in the last 11 seconds of the game, like their first round matchup where Paul Desiderio’s go-ahead triple denied them of the victory.

But Jun Manzo split his charities to win the game for the Fighting Maroons with a two-point lead.

The state university team finally broke its 3-game losing streak against the Far Eastern University Tamaraws, Adamson Falcons, and the National University Bulldogs in the last games of the first round.

The UP Fighting Maroons entered the game with a 13-2 start over the Growling Tigers in the first two minutes of the game, but UST also answered back with a 15-2 run of its own to end the first quarter with their biggest lead of 2 points.

The Fighting Maroons then made a 9-0 run that swayed the lead back to them. Manzo – who came off from an injury in the game against the NU Bulldogs – later powered the team as he made a solo 6-2 run to end the half with an 8-point cushion.

Janjan Jaboneta drew first blood in the third quarter with a triple and he continued with two more from beyond the arc to maintain the lead for the Fighting Maroons.

Both teams improved on the defensive end at the start of the fourth as the period went scoreless for 3 minutes until Manzo broke the deadlock. The Growling Tigers then made a 6-0 run that was capped off by a Steve Akomo slam in the last 3:13 minutes of the game.

Jaboneta broke out by topscoring for Fighting Maroons with 12 points shooting on a 100% field goal percentage, as all of them were from beyond the arc. He also collected 3 rebounds and made 1 assist and 2 steals.

The Growling Tigers led the Fighting Maroons in rebounds, 61-40, but they made 23 turnovers compared to UP’s 7 that scathed the good effort of Akomo who made a total of 20 rebounds.

This win puts the Fighting Maroons at 4-4 record while the Growling Tigers remain winless with a 0-8 slate.