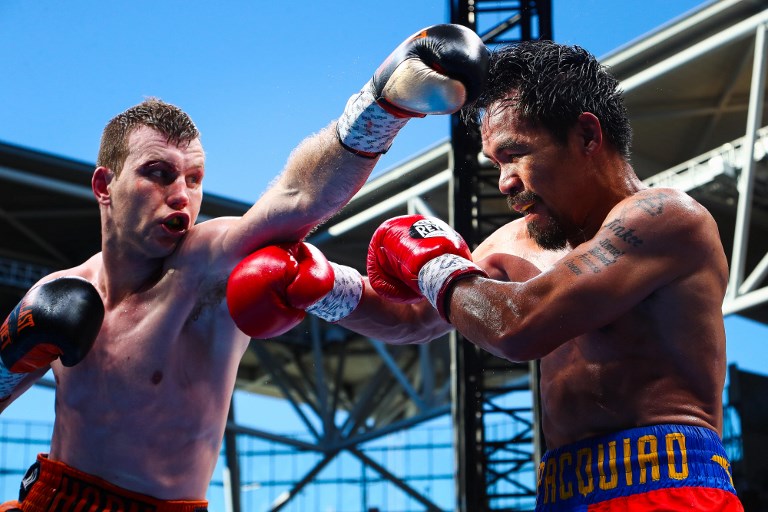 SYDNEY, Australia – Boxer Jeff Horn’s stunning upset of Filipino great Manny Pacquiao has earned him one of Australia’s top sporting honors as the most inspirational athlete of the year.

The unheralded 29-year-old stunned the boxing world with a 12-round unanimous decision win over Pacquiao in Brisbane on July 2 in a hotly contested result that rattled the Philippines.

In recognition, he walked away with ‘The Don’ award at the annual Sport Australia Hall Of Fame dinner in Melbourne on Thursday evening.

“It is massive,” Horn said, calling it a career highlight.

“I can remember growing up being inspired by previous winners such as Cathy Freeman and Ian Thorpe.

“To know I am potentially inspiring the future generation of athletes like these guys have done for me is an incredible feeling.”

Horn said he still sometimes found it hard to believe he took down one of the world’s greatest ever fighters, who has won world titles in an unprecedented eight weight divisions.

“Many days I have thought to myself, did that really happen? It’s been very hectic since the win but recognition and awards like this certainly help,” he said.

Pacquiao pulled out of a planned rematch in Australia later his year, with Horn close to finalizing another opponent to defend his World Boxing Organization welterweight title.

Englishman Gary Corcoran is shaping up as the most likely challenger, with the fight expected to be in Brisbane in December, with April being the target for a Pacquiao rematch, local reports have said. – Rappler.com