Nov 3, 2017 4:57 PM PHT
Agence France-Presse
Facebook Twitter Copy URL
Copied
World No. 1 Feng Shanshan of China is looking to become the first player to defend an LPGA title in 2017. She is a top-seven finisher in five out of her last six starts. 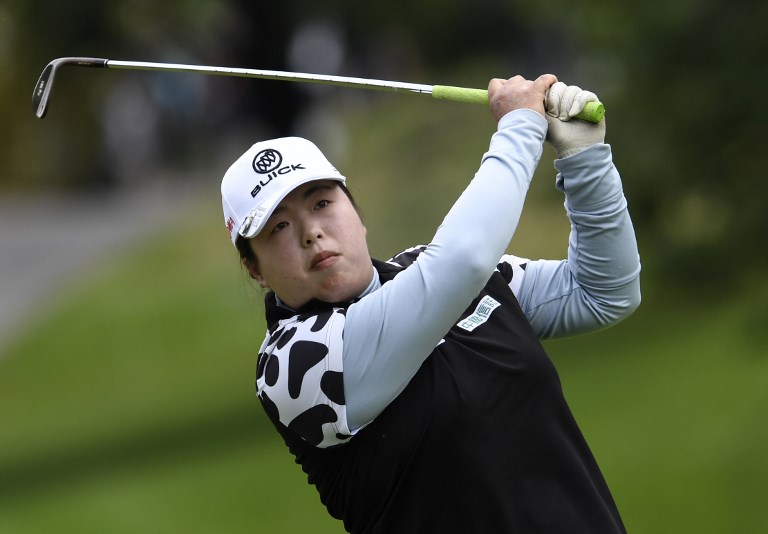 TOKYO, Japan – Defending champion Feng Shanshan birdied five of her last seven holes as she recovered from a slow start to share a seven-way tie for the lead at the LPGA Japan Classic on Friday, November 3.

China’s Feng, who is looking to become the first player to defend an LPGA title in 2017, has been a top-seven finisher in five out of her last six starts.

After 11 holes, the world number four was only one-under at the tournament in Ibaraki before she got into her stride to finish at six-under-par 66.

“I did start the day slowly, just like usual, and then I got my first birdie on the eighth hole finally,” said Feng, according to the LPGA website.

“My five-iron was really working so it left me a lot of birdie chances and I even missed one five-foot birdie. I still made four in a row in the last five holes, so I’m really happy about that.”

Salas bogeyed her first hole of the day but bounced back with seven birdies over the rest of her round.

She says she is feeling confident with the greens as she eyes her first win of the year.

“They’re slick (and) they’re fast, which are the kind of greens I like to be on,” she said.

Park is also looking for her first win of the year, having notched just two top-10 finishes in 2017.

She changed her whole bag around this week, putting different shafts on her irons and wedges, a different head on her driver, and a new grip on her putter.

She made just one bogey and ended her day with four straight birdies. – Rappler.com