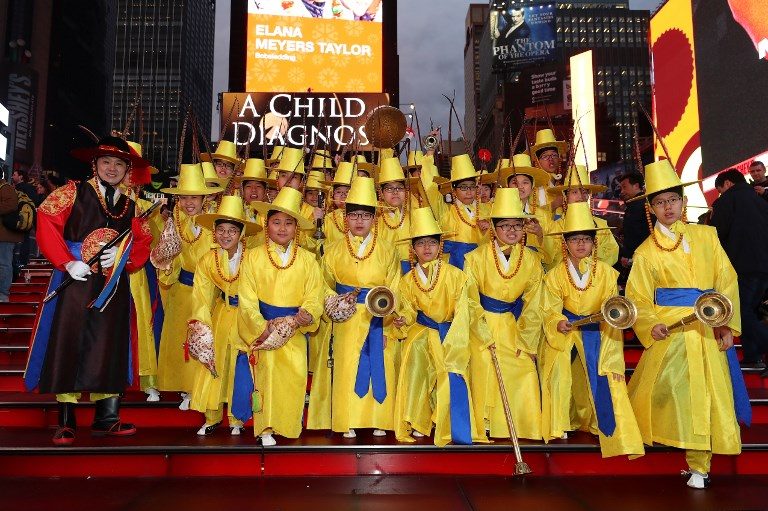 Facebook Twitter Copy URL
Copied
'Korea is ready to welcome the world. We will welcome all eligible athletes and National Olympic Committees (NOCs), including (North) Korea,' says an Olympic official

PRAGUE, Czech Republic – South Korea is ready to welcome the world at the 2018 Winter Olympics, including athletes from its sabre-rattling neighbor North Korea, chief organizer Lee Hee-Beom said in Prague on Friday.

“Korea is ready to welcome the world. We will welcome all eligible athletes and National Olympic Committees (NOCs), including DPR Korea,” he said at a meeting of NOC heads in the Czech capital.

The nuclear-armed northern neighbor has been a constant source of concern ahead of the Pyeongchang Games, which will take place from February 9 to 25 just 80 kilometers (50 miles) from the heavily fortified Demilitarized Zone which divides the Korean peninsula.

Countries including France and Australia contemplated staying at home after North Korea carried out its sixth nuclear test in September – by far its most powerful yet.

But Lee insisted the Pyeongchang Games would be an “Olympics of peace and harmony.”

“The Korean government has also organized a special task force to ensure the coordination of all Games security,” added Lee.

He said that Soohorang, the white tiger which is the Games’ mascot, symbolized the “protection of athletes and the Olympic family”.

Lee added that all buildings and infrastructure for the Games were ready, while the high-speed KTX rail from Incheon to Pyeongchang would open in December.

“The construction of direct highways from Incheon to Pyongchang has also been completed,” said Lee.

In mid-September, the organizers said 263,000 tickets had been sold while 1.18 million seats were still available. – Rappler.com