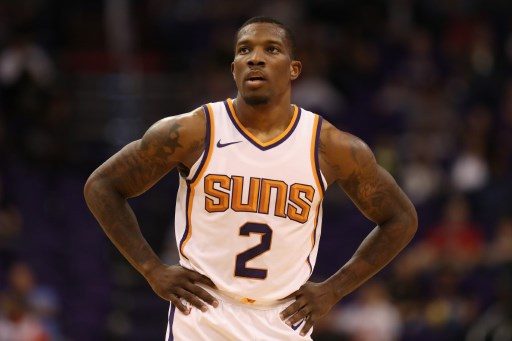 LOS ANGELES, USA – The Milwaukee Bucks signed Eric Bledsoe from the Phoenix Suns on Tuesday, November 7, following a spat that saw the point guard frozen out at the troubled Arizona franchise.

Bledsoe had not played for the team since being sent home by general manager Ryan McDonough on October 23 after a meeting at the squad’s practice facility.

The 27-year-old’s future was cast into doubt a day earlier after he wrote on Twitter: “I don’t wanna be here.”

I Dont wanna be here

The Suns offloaded Bledsoe in exchange for center Greg Monroe, a future first-round draft pick and a 2018 protected second-round pick.

Milwaukee general manager Jon Horst said he had no reservations about moving for Bledsoe, despite the player’s recent disciplinary problems.

“Eric is a dynamic player who brings scoring and toughness to the court while enhancing our young and talented core,” said Horst in a statement.

“We thank Greg for his professionalism, leadership, and contribution on the court and in the community during his time in Milwaukee.”