Formula One: Paradise postponed? Not for Hamilton in Brazil 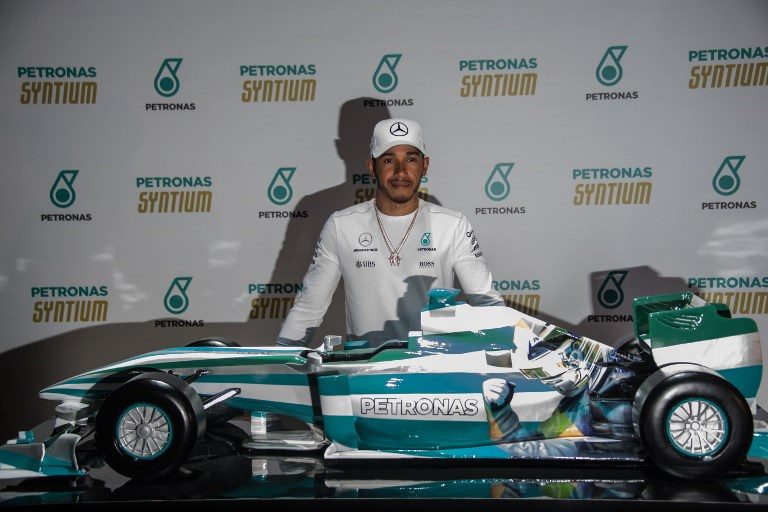 SAO PAULO, Brazil – Two weeks on from clinching his fourth drivers’ championship, Lewis Hamilton will be the focus of attention for more than one reason this weekend when he heads Mercedes’ bid to consolidate their title-winning supremacy at the Brazilian Grand Prix.

The 32-year-old Briton, who confirmed his third championship with the ‘Silver Arrows’ when he finished ninth at the Mexican Grand Prix, has denied allegations of tax avoidance following the release of the so-called Paradise Papers, but remains engulfed in the controversy.

His behavior, body language and form are expected to be scrutinized as closely as if the title race itself were still alive each time he appears in the crowded Interlagos paddock.

Hamilton reportedly got a £3.3 million ($4.4 million, €3.7 million) VAT refund in 2013 after his luxury pivate plane was imported into the Isle of Man.

Hamilton’s lawyers have said the tax structure leading to the VAT refund was entirely legal.

A hugely popular figure in Brazil, Hamilton is unlikely to allow the furor in his homeland to upset his preparations, even if he has spent much of the intervening week between Latin American races partying, relaxing and partying.

His childhood hero Ayrton Senna’s sister Vivianne told him Wednesday that the Senna family will always “be on your side.”

For his Mercedes team, it will be strictly business as usual in Brazil as they take the opportunity to use the final two races of the season as a chance to prepare the defense of their drivers’ and constructors’ crowns in 2018.

The controversy, however, may attract unexpected and unwanted negativity as the team attempts to regain the ascendancy and take the initiative.

Hamilton made it clear at a news conference in Sao Paulo on Wednesday that he will not allow the controversy to distract him from his job this weekend.

“I’ve come from this great period of time with my family and friends that have this huge wave of positivity,” he told reporters. “Nothing can really dent that.

“I am focused on the race this weekend – and we have two races to go – and that doesn’t distract me from my core values and what I am here to do.”

His Mercedes team said they plan to be “bolder” and to experiment with new parts and ideas.

Team chief Toto Woff said: “Inside the team, we are looking at the next two race weekends as the first two Grands Prix of 2018 – we have two races that we are determined to win in order to take that positive momentum into the winter.

“Every time we race, we race to win. That is the mind-set.”

This is expected to mean that Mercedes will test new aerodynamic parts, pit-stop equipment and different techniques.

Against this, both Ferrari and Red Bull are likely to launch equally bold bids for improved performance in what may be one of the most competitive events of the season, notably with both Sebastian Vettel and Max Verstappen desperate to win again.

Four-time champion Vettel has seen his title challenge fail despite the clear speed of his Ferrari while Verstappen, twice a winner in his last four outings, is keen to build on the momentum of those successes after signing a new contract with Red Bull.

It may be that they are racing for the runners-up prizes in the championships, but that and the competition for other places is sure to create some spectacular action.

Verstappen revelled in the challenge in the wet last year and gained 10 positions in a daring drive to finish third and secure a podium finish at the Autodromo Jose Carlos Pace where Hamilton gained his first title with a passing move for McLaren at the final corner in 2008.

The race will be the last one on home soil for local hero Felipe Massa, before he retires, this time finally, and leaves an empty seat at Williams in 2018. – Rappler.com