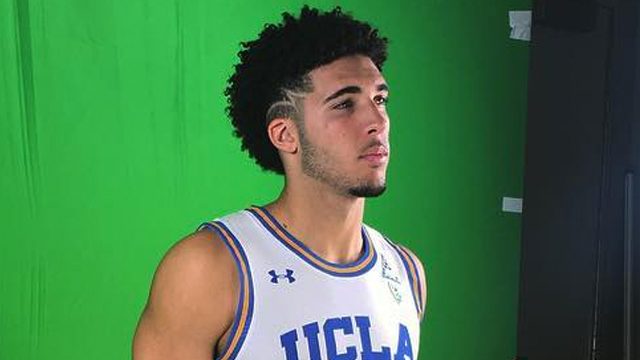 MANILA, Philippines – LiAngelo Ball, UCLA rookie and younger brother of Lakers guard Lonzo, has been released on bail in China after being accused of shoplifting in a Louis Vuitton store with two other teammates.

However, the middle child of the outspoken LaVar Ball will stay confined in the team hotel until the legal details get processed, which can last for about a month according to Scout.com’s Tracy Pierson. That is just the tip of the iceberg for the Ball family, as LiAngelo would have to overcome insurmountable odds in his legal battle just to return home.

According to The Telegraph, Chinese courts have an astronomical conviction rate of 99.92% in 2016, despite alleged efforts from their justice system to stamp out abuses. Pierson from Scout.com added that “China has a history of being pretty Draconian in instances of foreigners committing crimes in their country.”

An unnamed lawyer through Yahoo Sports’ Dan Wetzel reports that Ball faces around 3-10 years of jail time if ever convicted, which means that Ball has to get lucky and be a part of the 0.08% who are acquitted.

LiAngelo, along with teammates Cody Riley and Jalen Hill, were initially detained on suspicion of shoplifting a Louis Vuitton store for sunglasses days before their season-opening game against Georgia Tech in Shanghai. The players were arrested Tuesday, Manila time, after 20 police officers approached them in their hotel in Hangzhou.

Ball patriarch LaVar, who was with the team during their trips, uncharacteristically declined to comment on the issue until he had more information, according to AFP.

AFP also reports that the incident threatens to tarnish LaVar Ball’s promotion of the “Big Baller Brand” shoe and apparel line. The brand has promotional events planned for Friday in Shanghai, including an appearance by LaVar with autograph signings, according to the store where it will be held.

Although LaVar Ball has been silent on the issue, people on social media wasted no time poking fun at LiAngelo’s alleged antics.

LiAngelo Ball a legend. Season hasn’t even started and he already leads the nation in steals.

@MastaRedSnappa has a different take on the situation, however.

Despite the high drama surrounding their players, the UCLA Bruins have business to take care of. The rest of the team has since returned to Shanghai to prepare for their match, leaving behind their detained players. UCLA has also declined to comment on the issue. – with reports from Agence France-Presse/Rappler.com