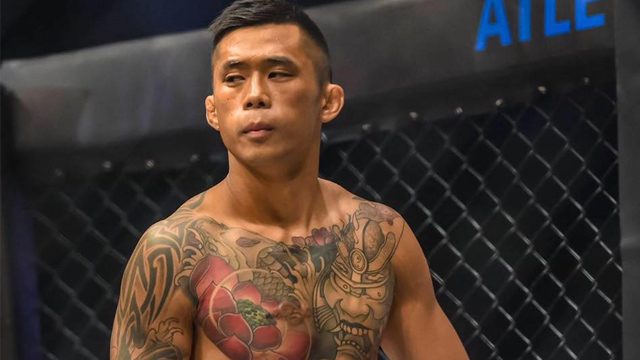 MANILA, Philippines – Martin Nguyen made ONE Championship history by knocking out Eduard Folayang in the main event of ONE: Legends Of The World, at the Mall of Asia Arena, in Pasay, Friday, November 10.

Nguyen landed a quick right blow that put the Team Lakay leader to sleep after two minutes and 20 seconds of the second round.

The silenced Manila crowd witnessed history being made when Nguyen was crowned as the first two-division champion in ONE Championship.

The Australian-Vietnamese cage fighter was the underdog going into the bout as he needed to climb from the featherweight division to challenge for the lightweight title. He also an inch smaller than Folayang, and fighting in his opponent’s hometown also added to the challenge.

Nguyen collected four straight stoppages in a span of two years, before knocking out Marat Gafurov to capture the ONE Championship featherweight title, avenging his only defeat in the process.

With the victory, the 28-year-old improves his record to 10-1, while the Filipino former lightweight king crashed to 18-6.

Nguyen expressed concern when he quickly checked on the former champion right after the fight.

“I still love you as a brother. I hope you’re alright,” the double champion said. “I hope you come back from this stronger,” Nguyen stated during the post-fight interview. – Rappler.com