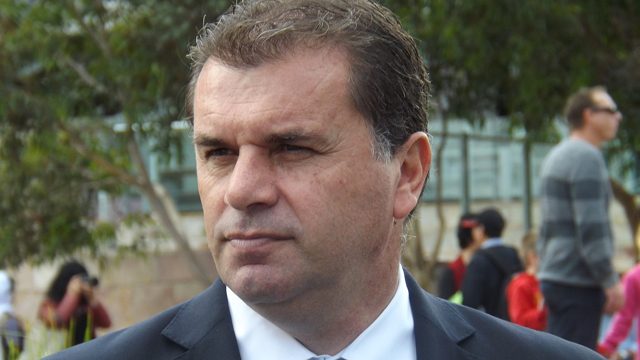 SYDNEY, Australia – An emotional Ange Postecoglou quits as Australia’s coach Wednesday, November 22, just days after guiding the team to a World Cup spot and leaving them only months to find a replacement for the tournament in Russia.

The 52-year-old Australian did not reveal the reason behind his decision, which had been widely expected after he repeatedly refused to deny reports he was about to step down.

His departure, at the end of a 5-year contract, leaves the Asian champions in turmoil ahead of the June-July World Cup, where they will hope to improve on their 3 straight defeats in 2014.

Postecoglou gave no details about his future plans, beyond saying he hoped to coach a club overseas. But he said he felt it was “the right time” to leave.

“After a great deal of thought and soul-searching, I’ve decided that the journey for me ends as Socceroo coach,” he told a press conference in Sydney.

“It’s been the biggest privilege of my life and probably not the ending I had envisaged when we started, but at the same time, knowing it’s the right time for me and the right decision.”

Postecoglou brushed aside questions about whether he had been affected by media criticism, and denied any conflict with Football Federation Australia (FFA).

FFA chief executive David Gallop said he was “disappointed and I guess still a bit puzzled”, but added: “I’m supportive of the notion that sometimes you reach a point where you just know that you need to do something new.”

“As for the process going forward, we won’t be rushed,” said Gallop, sitting alongside Postecoglou. “It’s important that we get the right person to fill the big shoes… there’s enormous advantages in having an Australian in this position”.

The Socceroos, who beat Syria and then Honduras in two-legged playoffs to seal their World Cup spot, do not play again until March.

Gallop said it was too early to say if the FFA would appoint an interim coach to guide the team through the World Cup, or opt for a longer-term appointment.

Sydney FC coach and Australian Graham Arnold has been seen as one of the top contenders to replace Postecoglou.

Arnold worked under the Socceroos’ Dutch coaches Guus Hiddink and Pim Verbeek, and managed the team during the 2007 Asian Cup.

Postecoglou avoided giving details of where he would coach next, only saying that “I don’t want to be unemployed for too long”.

“I want to coach abroad. Part of me… is pretty keen to get stuck back into club football, working day to day,” he said.

“I have loved this job. But it’s been all-encompassing.

The lack of a clear reason for Postecoglou’s departure has left commentators and fans scratching their heads.

“We find you in the walk-in pantry of men and women who could not face the ultimate examination of their skill and temperament,” wrote Patrick Smith in The Australian.

“We hope desperately that is not the reason you shoved the job as national coach but you leave your fellow Australians little option… You could have been one of our greatest sporting treasures. But all we can see is a man looking for a cool room.”

The Australian Broadcasting Corporation’s Dan Colasimone described Postecoglou’s resignation as “weird” and said it had left a “bitter aftertaste”.

“Why would he decline the chance to coach his national team on the biggest stage after spending years forging it to fit his footballing philosophy?” Colasimone asked.

Under Postecoglou, the Socceroos won 22 matches out of 49, drawing 12 and losing 15.

Greek-born Postecoglou, who migrated to Australia as a 5-year-old, was flung into the coaching hot seat just months before the last World Cup.

He was given a 5-year contract by the FFA after the sacking of German Holger Osieck, becoming the Socceroos’ first full-time Australian coach in 9 years. – Rappler.com