On vacation, Donald Trump again feuds with NFL and the Big Baller 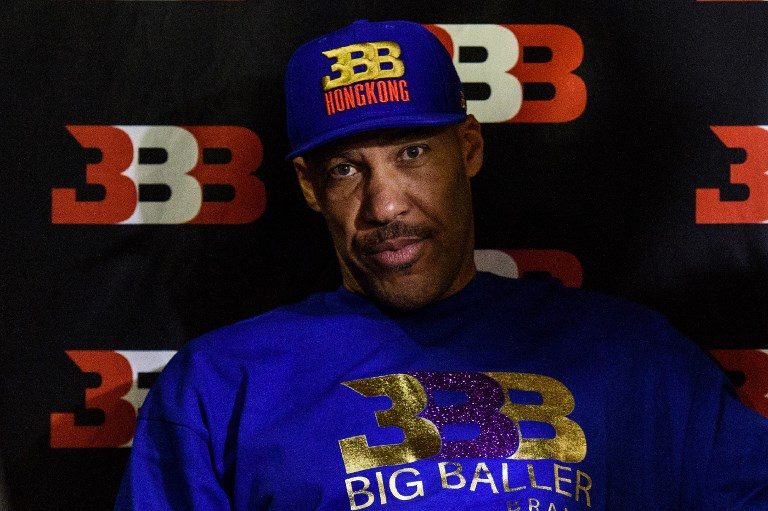 Facebook Twitter Copy URL
Copied
Though US President Donald Trump is an avowed sports fan, athletes are among his preferred opponents on his now 280-character bullhorn

And though Trump is an avowed sports fan, athletes are among his preferred opponents on his now 280-character bullhorn.

Since entering the White House, Trump has tangled with American football players and basketball superstars in a series of recurring feuds.

“Great disrespect!” he barked at the NFL’s Marshawn Lynch, who protested during the US national anthem at a game in Mexico.

As for LaVar Ball, the Los Angeles entrepreneur with three basketball prodigy sons who calls himself the “Big Baller” – and whose middle child LiAngelo was arrested in China for shoplifting – Trump labeled him an “Ungrateful fool!”

Some critics have criticized Trump’s repeated attacks for alleged racial overtones; others say it’s just part of his no-holds-barred style – and totally in character for the outspoken former television reality star.

Trump, whose own efforts to buy a National Football League team were rebuffed three years ago, has urged NFL owners to fire any “son of a bitch” who stages a protest during “The Star-Spangled Banner.”

Trump insists that the protests are “disrespectful” to the anthem, flag and country, and his call for a boycott of the league has drawn some support.

In September, the president again courted controversy, this time with the National Basketball Association (NBA) – popular not only in the US but worldwide.

He withdrew a White House invitation for the NBA champion Golden State Warriors after star guard Stephen Curry, a critic of Trump’s policies, said he was reluctant to make the traditional visit.

Trump has blasted the outspoken father for not adequately thanking him for helping get LiAngelo returned to the United States from China, where he was arrested along with two UCLA teammates for shoplifting designer sunglasses.

“It wasn’t the White House, it wasn’t the State Department, it wasn’t father LaVar’s so-called people on the ground in China that got his son out of a long term prison sentence – IT WAS ME,” Trump tweeted Wednesday from his Thanksgiving vacation in Florida.

“LaVar is just a poor man’s version of Don King, but without the hair,” Trump added in a reference to the flamboyant, electric-haired boxing promoter.

“Just think LaVar, you could have spent the next 5 to 10 years during Thanksgiving with your son in China, but no NBA contract to support you,” Trump continued.

“But remember LaVar, shoplifting is NOT a little thing. It’s a really big deal, especially in China,” Trump said, before calling the Ball patriarch an “Ungrateful fool!” in a parting shot.

After a brief lull, Trump also returned this week to his war of words with the NFL over protesting players.

Lynch “stands for the Mexican Anthem and sits down to boos for our National Anthem,” Trump tweeted on Monday.

“Great disrespect! Next time NFL should suspend him for remainder of season. Attendance and ratings way down,” he tweeted.

Trump also went after the NFL again on Wednesday following a report the league may keep teams in the locker room next season during the playing of the national anthem.

“That’s almost as bad as kneeling!” he tweeted. “When will the highly paid Commissioner finally get tough and smart? This issue is killing your league!”

Most of the NFL players who have taken part in the protests are African-American, and Trump’s repeated attacks against them have drawn sharp fire.

After the Warriors were disinvited to the White House, NBA superstar LeBron James took to Twitter to call Trump a “bum.”

“@StephenCurry30 already said he ain’t going! So therefore ain’t no invite. Going to the White House was a great honor until you showed up!” James tweeted.

James, who campaigned for Democrat Hillary Clinton in 2016, went on to accuse Trump of using sports to divide Americans.

Jemele Hill, a host on the ESPN sports channel, went so far as to brand Trump a “white supremacist,” prompting the White House to call for her firing and Trump to attack her personally.

James may be Trump’s most prominent critic in the NBA but he is far from the only one.

Two NBA coaches – Gregg Popovich of the San Antonio Spurs and Steve Kerr of the Warriors – have been biting in their criticism of Trump but have yet to be the target of his Twitter ire.

Popovich blasted Trump last month as a “soulless coward” who was “unfit intellectually, emotionally and psychologically” to be in the White House. – Rappler.com