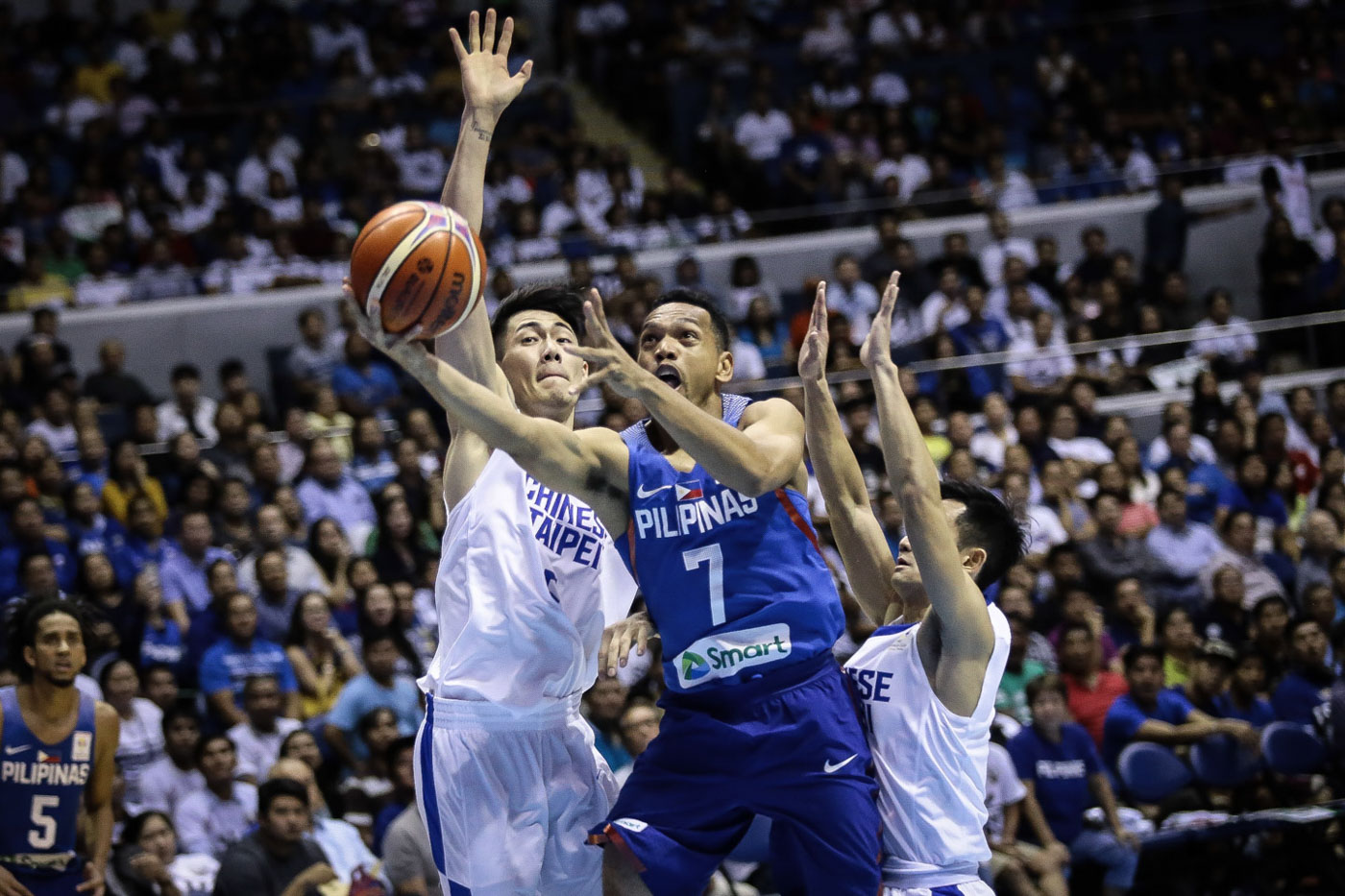 MANILA, Philippines (3rd UPDATE) —Gilas Pilipinas shrugged off a lethargic start to eke out a 90-83 win over Chinese Taipei and swept the initial window of the FIBA World Cup Asian Qualifiers at the Araneta Coliseum Monday, November 27.

Jhen Huang scored a triple with a little under 2 minutes left in the game, 79-86, before Jayson Castro-William provided the proverbial dagger with an up-and-under move with 56.4 seconds remaining, 88-79.

Castro, who scored a game-high 20 points in Philippines’ 77-71 win over Japan last Friday, November 24, paced Gilas with another 20-point outing, 15 of which coming from the second half, to go with 4 rebounds and 4 assists. 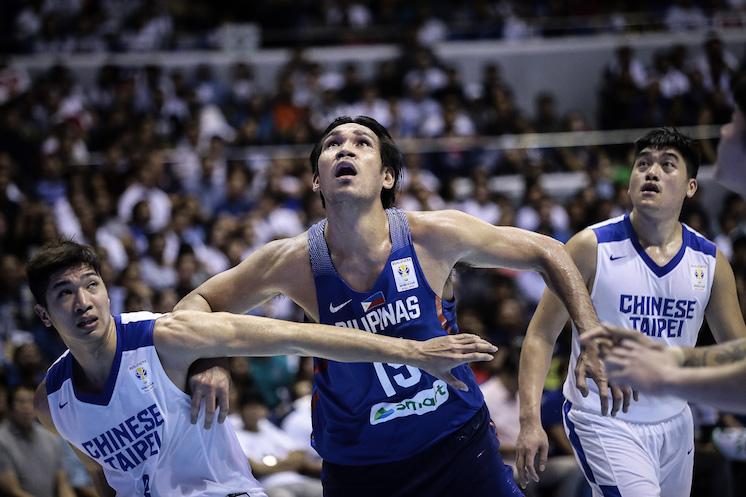 Matthew Wright poured in all of his 11 points in the fourth period, highlighted by back-to-back triples that put the Filipinos up 73-66, while Andray Blatche overcame a woeful shooting night with 14 rebounds, 5 blocks and 3 assists.

“Obviously we’re happy because we found a way to grind out 2 Ws despite being nowhere near a 100 percent in our game but like I told the players after the game, you play as you practice. We had a terrible practice today, including missing free throws. We couldn’t make free throws in practice and it reflected in the ballgame today, that’s a good lesson to continue reminding us,” said head coach Chot Reyes of Gilas, which shot 20 of 28 from the line.

Davis III paced the Taiwanese with 20 points and 9 boards while Yi-Hsiang Chou added 17.

Gilas will have months to prepare for its next game against Australia on February 22, 2018 in a venue yet to be announced.

The victory was Gilas’ second in a row in Group B. Taiwan slipped to 0-2.