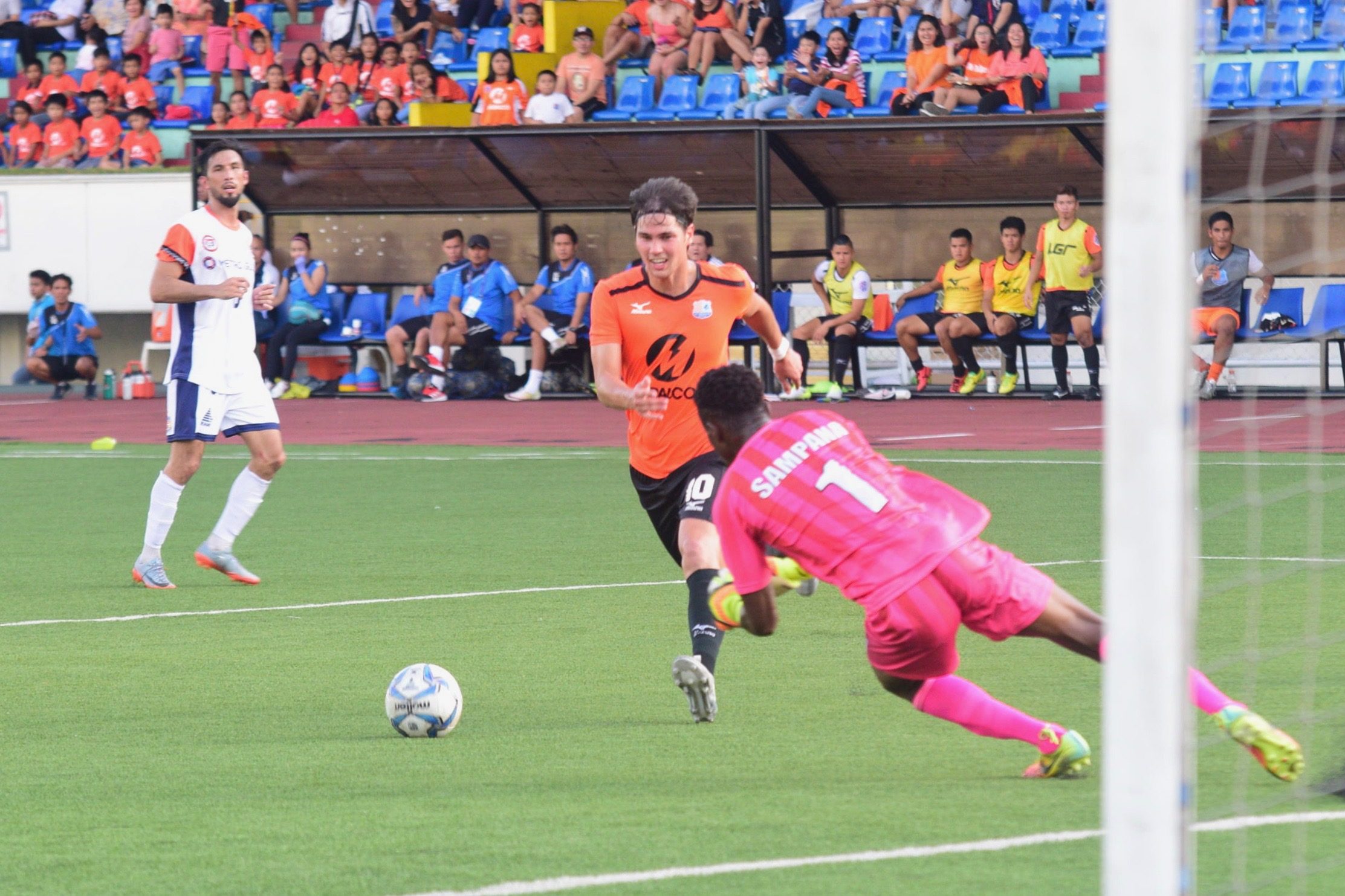 Facebook Twitter Copy URL
Copied
The Philippines will play in a surprise year-end treat for Pinoy football fans. Is this Phil Younghusband's chance to reach a milestone?

All matches will be at Taipei’s Municipal Stadium. I have been told that a livestream will be likely, best to follow the popular Filipino football accounts on social media.

Since the Philippines Football League will be having its semifinal stage on December 2, 3, 9, and 10, the pros on the squad can only be culled from the bottom four clubs of the PFL, namely JPV Marikina, Stallion Laguna, Davao Aguilas, and Ilocos United. Players from the top 4, namely Ceres, Meralco, Global and Kaya, are thus ruled out, with one exception, Kaya’s Adam Tull. That means no Misagh Bahadoran, Iain Ramsay, Pat Deyto, Kevin Ingreso, Curt Dizon, and a bunch of others. The games are also not taking place during FIFA windows, so overseas-based players still in season, like Neil Etheridge and Daisuke Sato won’t be there.

According to Gastanes, these matches were supposed to be exhibition games. Originally, we were meant to send a young squad coached by Davao mentor Marlon Maro, who led the U22 team to two wins in the SEA Games. But somewhere along the way, the games became official “A” senior matches, with FIFA ranking points implications. Without our best players from our top teams, this is a cause for concern for Azkals manager Dan Palami.

“I would have wanted to do this under more ideal conditions,” says Palami.

The event harks back to the old Long Teng Cups that the Philippines participated in. The Chinese Taipei Football Association organized them in 2010 and 2011. In both editions the host played against Hong Kong, Macau and the Philippines. The Philippines finished third 2010 and second to Hong Kong in 2011. Chieffy Caligdong, with 5 goals, is the competition’s all-time leading scorer.

This is also where the gratitude and reciprocity come in.

“They would invite us when we were 190th in the world. It seems right that we should accept the invitation now that we are ranked much higher,” said Gastanes.

In other words, we were given an opportunity to play better teams and improve. Now it’s our term to be the strong team and help more developing sides. The hosts are ranked 135th in the world but beat Bahrain 2-1 in an AFC Asian Cup qualifier in October. They are definitely a team on the rise. They were at 192 two years ago. Laos are ranked 184 while Timor Leste is the lowest-ranked side in the tournament at 196.

A result against us would give any of these countries a decent boost in the FIFA rankings. If we stumble, then our rank of 116 could take a hit.

Since this was supposed to be a youth team, Marlon Maro was tapped as the coach. Despite the fact that it will now be technically the senior team, Maro will still take charge of the squad. One imagines that Thomas Dooley will be back in the saddle for the next AFC Asian qualifier in March against Tajikistan.

No doubt Maro will play several of his Davao Aguilas players. The Younghusband brothers will almost surely be in the starting eleven along with fellow Aguila Simone Rota. Another Davao player, Angel Guirado, is also back in the team after a lengthy absence. Guirado, 32, has scored 5 goals for the Azkals but the last was in 2012.

Jaime and Justin Cheng, sons of Davao owner Jefferson Cheng, are also listed. The elder Cheng is serving as team manager for the squad.

Stallion is providing 5 players; central midfielder/striker Fitch Arboleda, defender Dodong Villareal, Ruben Doctora, Nate Alquiros, and forward Yannick Tuason, who returns to the Azkals after a six-year absence. Tuason last donned the national team shirt in the 2011 Challenge Cup qualifers in Myanmar. I saw him score two goals for Laguna against Global two weeks ago, so he really looks sharp. Doctora, who played against Tajikistan for the Azkals earlier this year, also returns. Alquiros, a technically skilled wide player who was in the U23 team in the 2015 SEA Games, also gets a call-up.

There are also some collegiate players, most notably Ateneo forward Jarvey Gayoso, who scored two goals and assisted on another during the SEA Games. His SEAG teammates Ian Clarino, Christian Lapas, and FEU’s Arjay Joyel will also go to Taiwan. Clarino is from UP and is a very promising central defender. Lapas is fantastic on the ball while Joyel impressed many between the sticks in Malaysia, starting all four SEAG matches. Cebuano Kintaro Miyagi, who scored a hat trick in the UAAP final last year for UP, will also make the trip.

Adam Reed, also known as Adam Tull, is listed. The Kaya Makati midfielder is suspended for the rest of the PFL postseason, thus making him available. However his club says they are appealing the suspension and he may not go to Taiwan after all.

Mike Ott, playing for Thai club Ang Thong, will also be there. One can assume that with the Thai league over for the year, the younger Ott was allowed to gain more caps.

It’s a bit of a surprise not to see any JPV Marikina players in the roster. One thinks centerbacks Sean Kane, Camelo Tacusalme, midfielder Koichi Belgira, and goalie Nelson Gasic might have been given a nod. No Ilocos United players either. For my money, IUFC speedster Angelo Marasigan could have been given a chance alongside either of the Uzoka brothers, Kennedy or Chima.

But the best part of this team is that we now have a bigger pool of potential Azkals. That could increase competition for spots and ratchet up the level of play, at least in theory.

The focus might be on one player: Phil Younghusband. The Philippines’ all-time leading scorer is three shy of 50 international goals, a mark only 39 other footballers have reached. He might very well surpass that milestone in this tournament, especially against Timor Leste or Laos. The first 4 goals of his international career came in a 7-0 shellacking of Timor Leste in 2006. He has been coming off the bench lately for Davao so one hopes his fitness will not be a concern.

This team will be tired, after a long and grueling PFL season. Apparently there is no chance for the team to train together before departing on Wednesday. But the flag has called them once again, and hopes are high for some wins to close the year with a flouris