Jason Perkins not satisfied with PBA debut despite near double-double

Dec 18, 2017 4:34 AM PHT
Agence France-Presse
Facebook Twitter Copy URL
Copied
Perkins finishes with a minus-13 plus-minus rating in 22 minutes, the lowest on the team 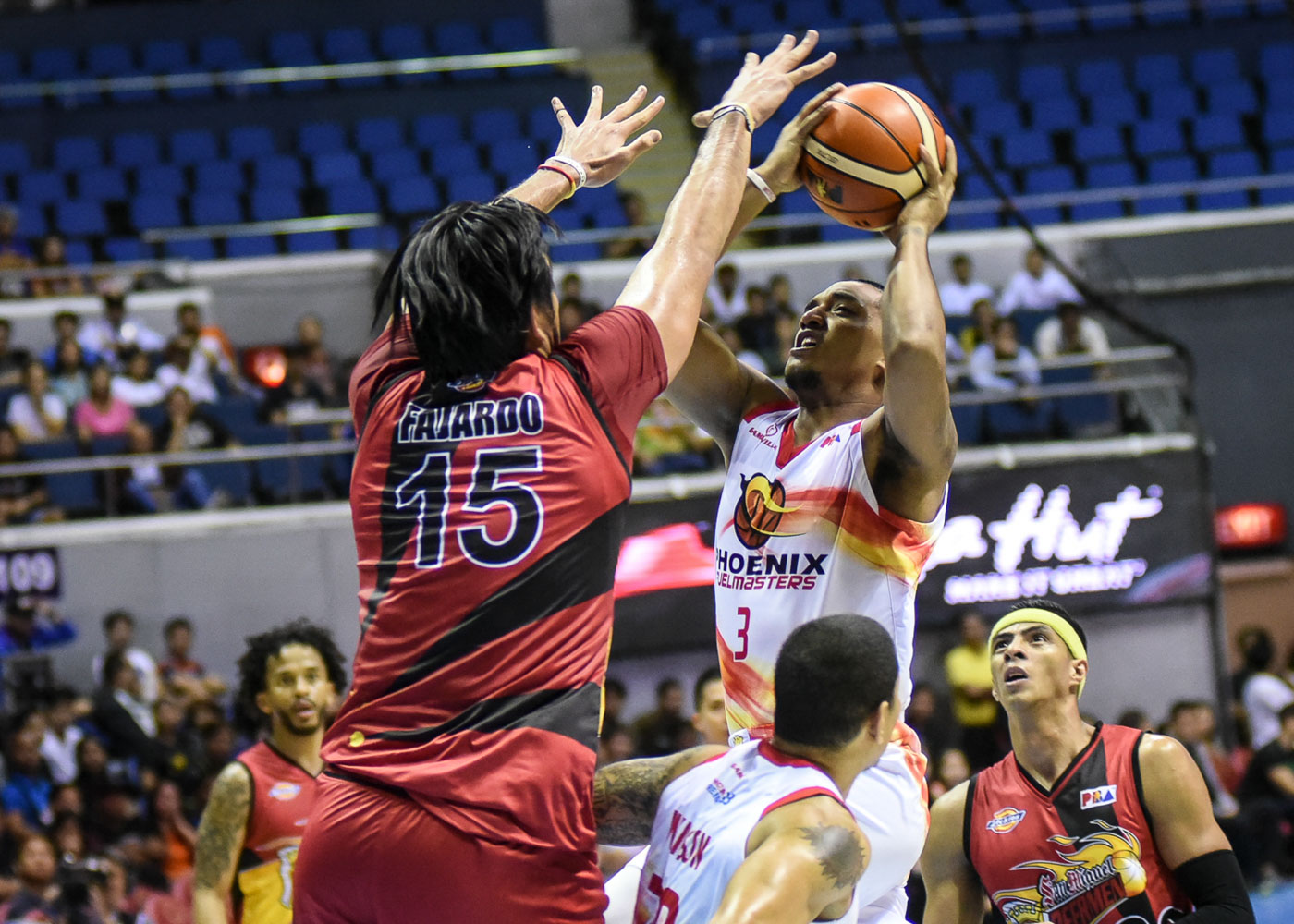 MANILA, Philippines – Jason Perkins had 10 points, 9 rebounds, two assists and one steal against 3 turnovers in his PBA debut, decent numbers for a rookie facing 3-time defending Philippine Cup champions San Miguel. However, he admitted it did not go as well as he planned.

Perkins, who was picked fourth overall by the Phoenix Fuel Masters in the 2017 PBA draft, said that he has so much to learn this season, especially after he finished with minus-13 in almost 22 minutes of play, the lowest plus-minus among all Phoenix players.

“It wasn’t as good as I would have liked it but it doesn’t really matter how I played, we ended up losing. It’s all wins and losses,” Perkins said after Phoenix’s 96-104 loss to the Beermen.

(He can do a lot better because for two preseason games, he was our highest pointer. Like in the preseason, he commits early fouls. So he needs to adjust with the referees’ calls because the referees will not adjust for him.)

The 25-year-old Filipino-American vowed to play better in their next assignment, which will be against the Kia Picanto on December 27.

“I’m going to work a lot harder. My IQ’s going to be higher the next game. I’m going to study the game. Hopefully, I can keep getting better every game.” – Rappler.com