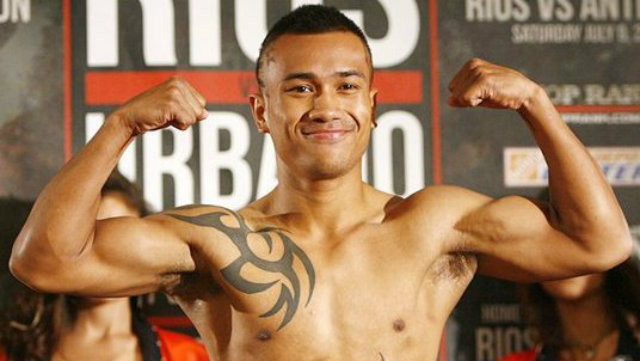 MANILA, Philippines – Five years is a long time in a boxing career. That’s how long Mercito Gesta has had to think about the last time he stepped between the ropes with a world title at stake.

It was December 8, 2012, a date that would become infamous in Philippine boxing for the events that happened later in the night. When the bell rang for his fight against Miguel Vazquez, he was lost, seemingly unable to find a solution for the awkward movement of the then IBF lightweight titleholder. He lost his unbeaten record, but more so than that, he lost all momentum in his career.

“He didn’t show up for the Vazquez fight, that’s what I think,” said Marvin Somodio, who co-trains Gesta with Freddie Roach, before adding “he’s a better fighter now.”

Gesta admits it was hard to live that night down, when he never got out of first gear in a snoozer of a fight.

“After that I learned that I need to just accept what happened and learn from it, and I became a better fighter, and person who accepts challenges in life,” said Gesta, 30, a native of Mandaue City now based in San Diego, California. “Because of that I trained harder, not just harder but also smarter.”

He is adamant that he’d know what to do in a rematch with Vazquez, but he can put that ghost behind him with his next big opportunity, when he faces WBA lightweight titleholder Jorge Linares on January 27 at The Forum in Inglewood, California.

Linares (43-3, 27 knockouts) is no small hill to climb. The 32-year-old from Venezuela has won world titles in 3 different weight classes and has won 12 straight fights, growing his fan base in the United Kingdom against some of England’s top contenders like Anthony Crolla and Luke Campbell.

Gesta (31-1-2, 17 KOs) has made several significant changes to his career since that last defeat. He has signed with Golden Boy Promotions, which also handles Linares, and had been circling Linares for some time as a potential opponent. He’s also moved his training base to the Wild Card Gym, and is working with Roach and Somodio for their third straight fight.

Roach, aside from being one of the sport’s greatest living tacticians, has a firm understanding of Linares’ strengths and limitations as his former trainer.

“We’re in a real tough fight,” Roach said bluntly at the press conference. “I feel we can win this fight. This is a good opportunity for us and we have to take advantage of it as much as we can.”

Gesta also knows a bit about being in the ring with Linares, having served as his sparring partner in 2010. He acknowledges sparring is just sparring, and that it’ll be different in a fight.

“Linares can move, he can box. We know how to fight against that type of opponent,” he said. “Of course sparring is different from a real fight. Definitely I have something planned.

“I think I need to remember what I did back then, and I know that I did good back then.”

Among Gesta’s adjustments since relocating to Wild Card has been staying in town to work each day with his trainers. While training for their first fight together, Gesta did much of his training in San Diego and only went to LA for sparring.

“Gesta is an experienced fighter already. All we have to do is bring out the best of him,” said Somodio. “Linares, he’s a great fighter, but I don’t think he’s unbeatable. A lot of fighters have beat him, he got knocked out too.”

Gesta will be a significant underdog given his lack of top names on his record, but he takes confidence from having seen Linares falter against big punchers. He figures if it comes down to a brawl, he has the tougher beard.

“I think I’m more durable because he’s been knocked out,” said Gesta, who has been down twice in fights he’s won. “Ever since I started as a professional fighter, I got hit too but I was OK. I am more durable than this guy, he’s just more of a boxer.”

If he never got that second chance at a championship, he’d forever be remembered as the fighter who didn’t show up when his number was called. Instead, he has a chance to rewrite that narrative.

“I don’t know what’s gonna happen in the fight but I’m gonna give my all and do my best in the ring.” – Rappler.com