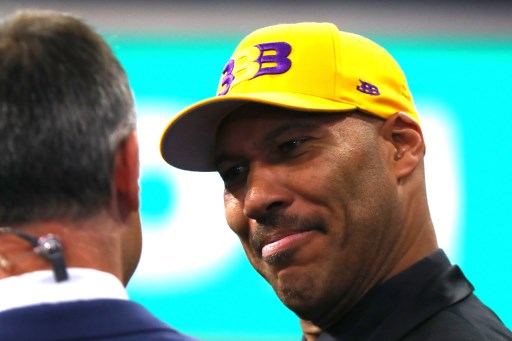 Ball says his Junior Basketball Association will be fully funded by his Big Baller Brand and seeks 80 players to fill 10 teams he hopes will play at NBA arenas in Los Angeles, Dallas, Atlanta and New York.

“Getting these players is going to be easy,” Ball told ESPN. “This is giving guys a chance to get a jump start on their career, to be seen by pro scouts and we’re going to pay them because someone has got to pay these kids.”

NBA rules say a player must wait one year after their high school class graduates before they can be taken in NBA draft, which has led to many top players going to college for only a single season before making the move to the NBA.

“Kids who are one-and-done, they shouldn’t be there with the NCAA trying to hold them hostage, not allowing them to keep the jersey they wear while selling replicas of them in stores,” Ball said. “So our guy isn’t going to go to Florida State for a year. He’s going to come to our league.”

Ball says the league’s logo is his son, Los Angeles Lakers guard Lonzo Ball, who played one year at the University of California, Los Angeles,  going to the hoop for a dunk.

The league will not include LiAngelo and LaMelo Ball, who have signed with a Lithuanian club.

Players will wear uniforms and shoes with the Big Baller Brand. – Rappler.com