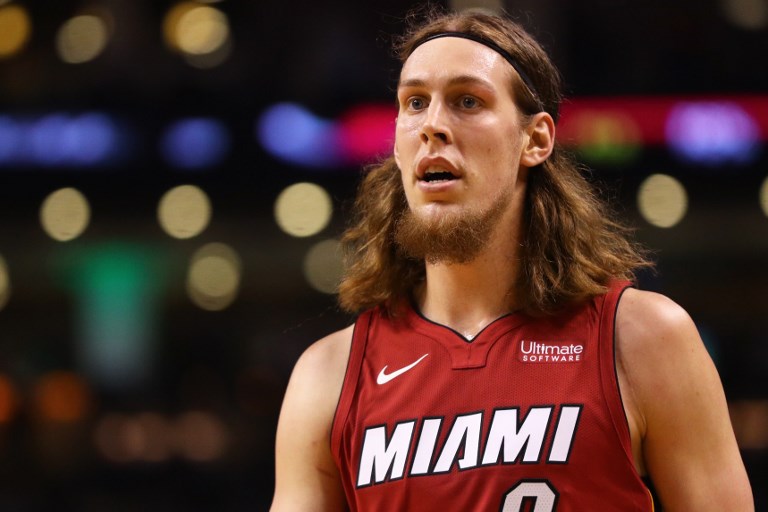 MANILA, Philippines – As a basketball player, nothing beats a good revenge game to kick-start your new life.

For new Miami Heat big man Kelly Olynyk, he couldn’t have picked a better time nor situation to break out as he erupted for a career-high 32 points with 6 three-pointers in his first game back in Boston. As a cherry on top, the Heat slipped past the first-seeded Celtics, 90-89, Wednesday, December 20 (Thursday Manila time).

Already missing team stars Hassan Whiteside and Goran Dragic due to injuries, the Heat trooped to the Celtics home court TD Garden possibly hoping that at the very least, they don’t get embarrassed on live television by the team which had the best regular season record in the Eastern Conference last season.

Instead, Olynyk carried his new team on his back with the same shooting touch that endeared him to the fans in Beantown. Inadvertently, it was probably Boston itself that fired up Olynyk so much.

In a hilarious twist, at 11:28 am, Manila time, a Wikipedia user changed Olynyk’s Wikipedia picture to a goat, signifying that he’s the “Greatest Of All Time.” (G.O.A.T.)

Prior to the game, it was announced that the 2013 13th overall pick would be receiving the “Heroes Among Us” Award from the Celtics organization. According to the Celtics page in the NBA website, Olynyk was chosen for the award “in celebration of the incredible impact that he had on the local community as an active, off-court citizen.” Usually, the team gives this award during timeouts to ordinary citizens who have gone above and beyond in service to the city.

The site reads on:

“I love this community and just everything the Celtics did,” Olynyk said Wednesday afternoon following Heat shootaround. “It was just fun, you know; fun to get out there with the kids, especially. This community does a lot for this team.

While he has had a colorful story off the court, it hasn’t been the same script for him on it. So far this season, Olynyk is averaging 9.2 points, 5.3 rebounds and 2.1 assists as the primary backup big man. Despite having been paid $50 million by the Heat in the off-season over 4 years, his production remained the same in comparison to his 4 seasons donning the Boston Green.

The Canadian forward also gained notoriety particularly to Cleveland fans when he dislocated Kevin Love’s shoulder in the first round of the 2015 playoffs, abruptly ending his season and first-ever playoff experience. The Cavaliers went on largely undermanned and ultimately lost in the finals against the Golden State Warriors. – Rappler.com

Editor’s note: This story has been corrected to state the Boston Celtics had the best regular season record of the 2016-17 season.