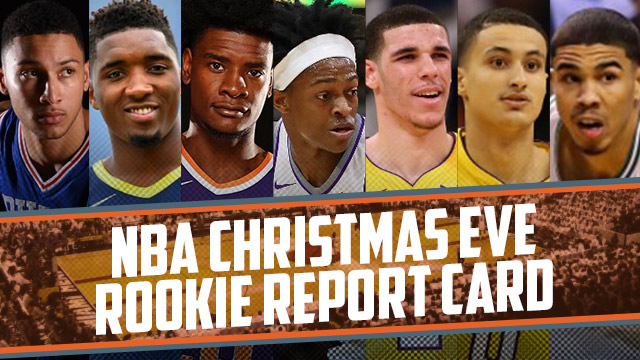 Spoiler alert: Ben Simmons is still the Rookie of the Year frontrunner.

However, much to the delight of fans, his classmates have turned up the music on the eve of the holiday season, and we’re grading them before the ball drops on the New Year.

Notable exclusions are those who were unable to play on due to injuries, like 2017 1st overall pick Markelle Fultz and 5th overall pick Jonathan Isaac. 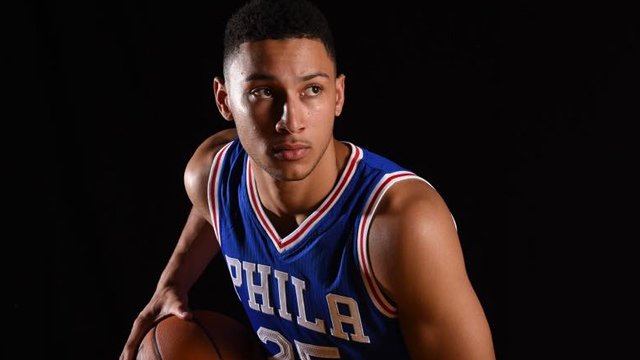 Simmons, the 6-foot-11 Australian sensation, has held his ground and lived up to the early-season hype. He is still scoring, rebounding and assisting at a stellar rate whether or not his pick-and-roll mate Joel Embiid is playing with him.

However, glaring flaws have since popped up in his game, proving he is still human, after all. Surprisingly enough, the 2016 1st overall pick has never converted a three-pointer in 30 games played. He has only tried for a three 8 times so far and every single one has clanked off. Also absent from his game is his free-throw shooting – a horrendous 32% (6/19) over the last 5 games and only 54% for the season. As the primary ball-handler, he also needs to calm down with the turnovers, as he’s posting a 4.0 turnovers per game average in his last 5 games, even netting 7 TOs once in that span.

Regardless, Simmons has shown great promise for the Philadelphia faithful with his invaluable all-around flexibility. The Process is very well up and running. 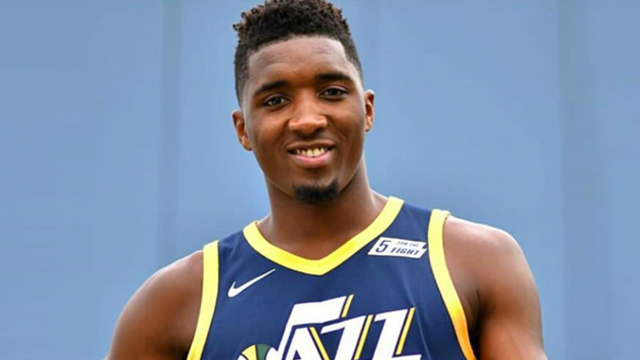 Look at what we have here. Like how Fultz’s injury has awakened the inner point guard beast in Simmons, Rodney Hood’s injury early on in the season has also unlocked the potential superstar in the 2017 13th overall pick. His averages for the Jazz’s last 5 games – mentioned above – is a stark contrast to his first 5: 7.0 points, 1.2 rebounds and 2.8 assists on 25% shooting and 17% from three. But since he’s not drafted as high as some other players on this list, no one cared as much. The same cannot be said for the next pair of players. 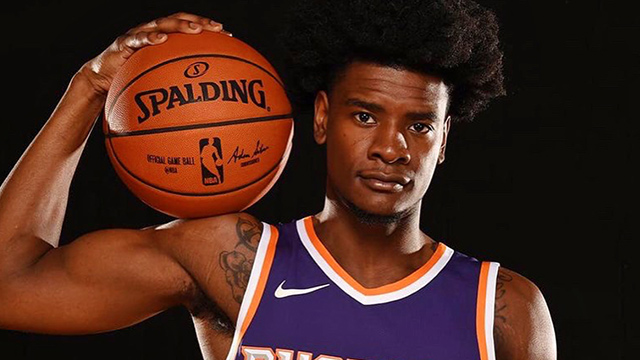 Playing behind volume scorers like TJ Warren and Devin Booker, Kansas stud Josh Jackson has been all over the place for the lowly Suns and has yet to find his niche after 35 games. Not everything is Jackson’s fault, however, for the Suns as an organization has also been all over the place. After the quick firing of Head Coach Earl Watson and inevitable trade of disgruntled star Eric Bledsoe, interim coach Jay Triano is now toying with his rotations more than necessary.

For example, his 3 centers Tyson Chandler, Alex Len and Greg Monroe have been playing a Russian Roulette game of “Did Not Play” (DNP). On any given night, instead of Triano giving a set number of minutes for all 3, one of them would always end up sitting out the entire game while the other two play heavy minutes.

So yeah, Jackson is not exactly the one to blame here. He’ll have his chances soon.

*Fox has been nursing a quadriceps injury since December 15, Manila time 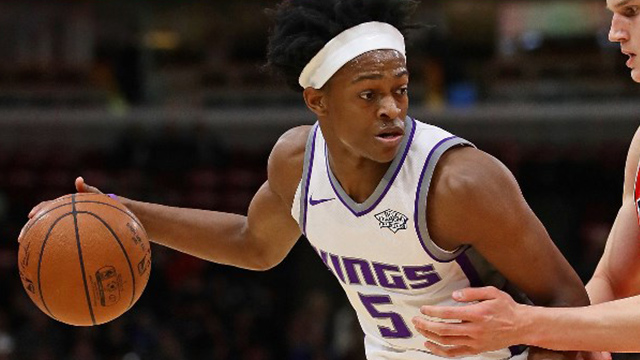 Another player lost in the shuffle is the guy taken right after Jackson, De’Aaron Fox. Once again, the Sacramento Kings just can’t get things right in their eternal rebuilding phase. Sure, their new veterans like Zach Randolph and George Hill are playing well, but for what? They are currently at 11-21 and stuck in the same division as the Golden State Warriors. Meanwhile, their young bloods like Fox have shifted in and out of the bench with little chance of proving their worth. 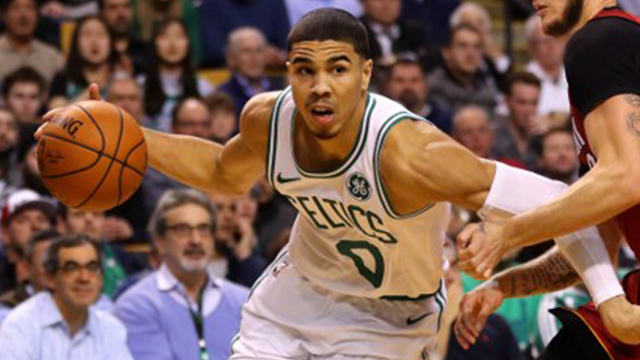 So far, we’ve had two players blossoming from teammates’ injuries and another two wilting in bad teams. Keeping up with the theme, we have Jayson Tatum, the primary beneficiary of Gordon Hayward’s freak leg injury. As Hayward’s substitute, the 2017 3rd overall pick flourished under Brad Stevens’ system as a reliable 3-and-D player (perimeter-oriented offense and defense). His 3PT season average of 49.5% leads all eligible players in the league and his team can expect at least one steal and one block from him every night.

Scouts from nbadraft.net said Tatum was NBA-ready. They weren’t wrong. 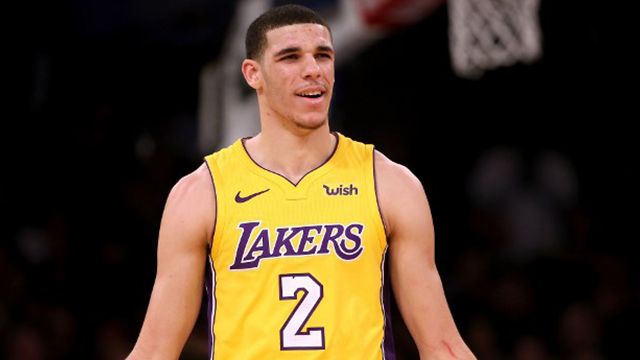 Where are the haters now? The official face of the Big Baller Brand is finally living up to the family name. Ball can ball.

After a historically horrible start (at least, offensively) to his career with averages of 8.7 points, 7.3 rebounds and 7.1 assists on a paltry 31% shooting clip and 25% from three, Lonzo Ball has turned his fortunes around, aggressively so.

There’s not much else to say as the rest of the media world has said enough. Just know that a lot owe him an apology in the near future. 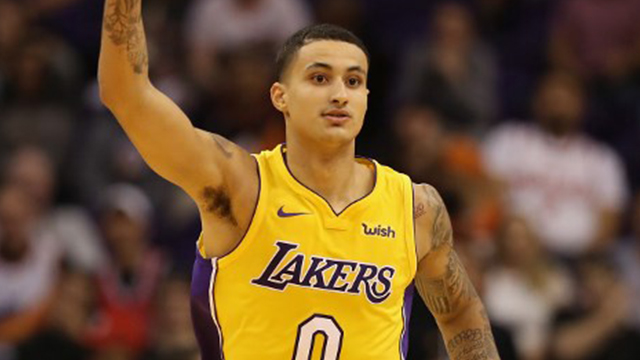 Ending the list on a high note is the guy who, thankfully enough, took away the spotlight from Lonzo Ball: Kyle Kuzma.

Already established as the undisputed steal of the draft, the 2017 27th overall pick is already leading the Lakers in scoring on a consistent level. His arsenal includes classic, fundamental moves like catch-and-shoot threes, post-up hooks and pick-and-roll lay-ins. Using all this, he has now gained the distinction of being the first Lakers rookie to score at least 25 points in 3 straight games since Jerry West 57 years ago.

A humble man with a plain-looking game, Kuzma is the ultimate antithesis of the sprawling lights and sounds of Hollywood that he now calls home. In the long run, that’s probably for the best.