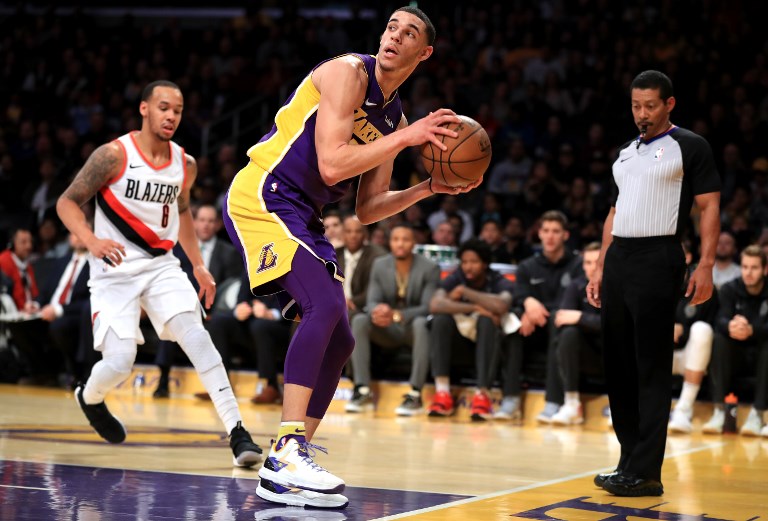 LOS ANGELES, USA – Los Angeles Lakers rookie Lonzo Ball is out of the lineup after suffering a sprained left shoulder in Saturday’s NBA game against the Portland Trail Blazers.

Ball will not play in the Lakers’ Christmas Day matchup against Minnesota and is expected to be re-evaluated by team doctors in one week, the club announced on Sunday, December 24 (Monday Manila time).

Ball returned to the court on Saturday after initially suffering the injury when he collided with Portland’s Jusuf Nurkic near the end of the first half, and played a total of 28 minutes.

Ball, the second pick overall in the 2017 NBA draft, is averaging 10 points and 6.9 assists through the first 31 games of his NBA career. – Rappler.com