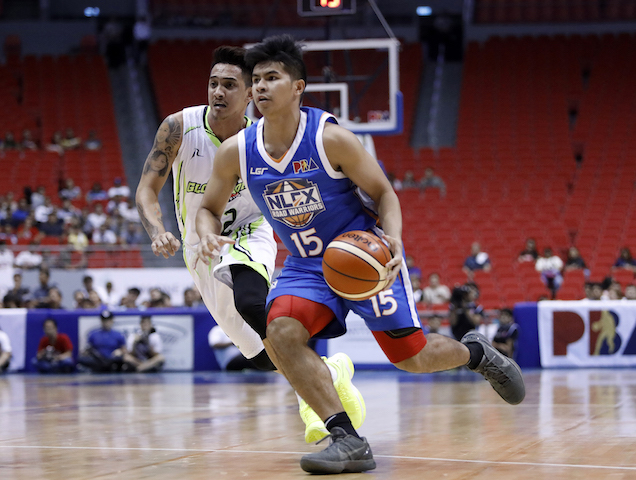 BOCAUE, Bulacan (UPDATED) – Globalport badly missed the services of star Terrence Romeo as the NLEX Road Warriors pulled off a 115-104 victory over the Batang Pier in the first Christmas Day game of the 2018 PBA Philippine Cup at the Philippine Arena here.

Kiefer Ravena once again came up big in his second PBA outing as he registered a team-high 20 points on top of 5 assists, 4 steals and two boards for the Road Warriors, who remained perfect in two games.

Globalport was well within striking distance midway the payoff period before NLEX unleashed a 10-3 run sparked and capped by triples from Larry Fonacier and Ravena, respectively, 109-98.

Stanley Pringle trimmed Batang Pier’s deficit to single digits, 100-109, but the Road Warriors scored 6 straight points, highlighted by an emphatic Ravena slam, to put the nail in the coffin.

“We just gave ourselves and our supporters a really nice Christmas gift, to win on Christmas Day and be able to carry our winning momentum,” said NLEX head coach Yeng Guiao.

JR Quinahan backstopped Ravena with 19 points and 9 boards while Larry Fonacier had an impressive showing of 12 points, 7 rebounds and 7 assists.

The Batang Pier, who played without Romeo due to a knee contusion, were trailing by just a point early in the third quarter, 57-58, until NLEX went on an 11-0 blitz to pull away, 69-57.

NLEX allowed Globalport to haul down 63 rebounds compared to its 48 boards but made up for it by forcing the Batang Pier to commit 25 turnovers, which the Road Warriors used to scored 24 points.

Pringle scorched hot for 33 points, 10 rebounds, 4 assists and two steals for Globalport in the loss.