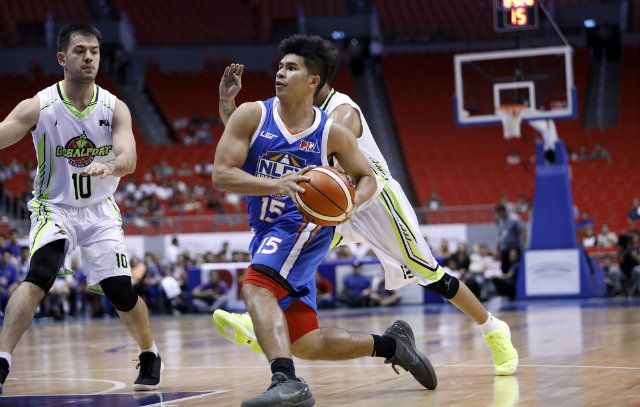 MANILA, Philippines – Kiefer Ravena has brought his hops with him to the Philippine Basketball Association.

The former Ateneo “Phenom” punctuated the NLEX Road Warriors’ second straight win with a breakaway dunk in the final minute of their Christmas Day game against the GlobalPort Batang Pier at Philippine Arena in Bocaue, Bulacan.

.@KieferRavena threw down his first PBA dunk against GlobalPort today. He had 20 points, 5 assists, 4 steals and two rebounds to lead NLEX to Christmas victory pic.twitter.com/LPlth5nAVi

The second overall pick in this year’s draft had 20 points to go along with 5 assists, 4 steals and two boards in the 115-104 win.

“Thank you Lord for the W!,” Ravena tweeted after the game, before adding it was “awesome” to be playing on the same court once again with GlobalPort’s Nico Elorde, his former Blue Eagles teammate.

NLEX won’t be back on the court again until January 7 when they play against the Phoenix Fuel Masters while GlobalPort plays again that same day against Ginebra. – Rappler.com