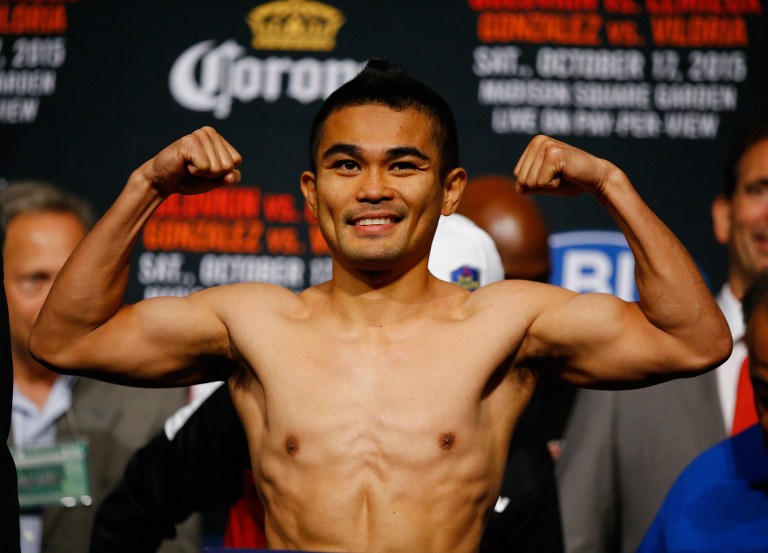 MANILA, Philippines (UPDATED) – Brian Viloria will get an opportunity to become a 5-time world champion when he faces Artem Dalakian for the vacant WBA flyweight title in a fight that looks possible for February 24 at The Forum in Inglewood, California.

The news was confirmed by Viloria’s manager Gary Gittelsohn, who added “we will be issuing press releases shortly” on the fight, which is likely to be on the “SuperFly 2” card.

The show’s promoter Tom Loeffler of 360 Promotions tells Rappler that the fight is “not official yet, but that’s a fight I would like to add,” adding that it would not be a part of the US broadcast on HBO Boxing After Dark if it gets made.

Viloria (38-5, 23 knockouts), a Filipino-American now based in Los Angeles, is the number-two-rated contender while Dalakian (15-0, 11 KOs) of Dnipropetrovsk, Ukraine is rated number one.

An email to the World Boxing Association seeking comment was not returned by the time of this story’s publication.

Viloria had previously held the WBA 112-pound belt during his time as unified flyweight champion, and has won 6 of his last 7 fights, with his 2015 stoppage loss to Roman Gonzalez being the lone defeat in that period.

Viloria, who is 7 years older at 37, had flirted with the idea of chasing a title in a third division at 115 pounds after appearing on the first “SuperFly” card in September before announcing he’d remain at 112.

Dalakian had originally been the mandatory challenger to Japan’s Kazuto Ioka before Ioka vacated the title. He turned pro in 2011 and had stopped his last 4 opponents, but has not fought since April of 2017.

The card will be headlined by Srisaket Sor Rungvisai, a two-time conqueror of Gonzalez, defending the WBC junior bantamweight title against Juan Francisco Estrada, with Carlos Cuadras against McWilliams Arroyo also slated. – Rappler.com