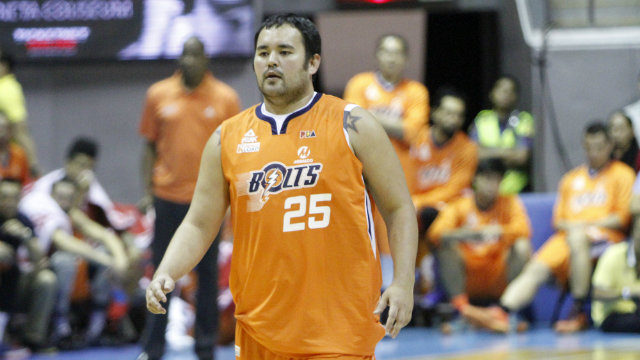 ANTIPOLO, Philippines – If there is one silver lining in the Meralco Bolts’ 97-103 loss to the San Miguel Beermen, it might be Ken Bono.

Bono, who has frequently found himself on the Bolts’ injured/reserved list, made the most of the playing time given to him by head coach Norman Black as he scored 8 points in less than 12 minutes on a perfect 4-for-4 clip. He also added a steal and registered a plus-minus of plus-7.

But the former UAAP MVP did not make much of a big deal of what happened, saying he was just ready to slot in for the injury-plagued Meralco side, which did not have Ranidel de Ocampo and Jared Dillinger due to injuries.

(I just did my best to help the team stop June Mar. Actually, you cannot really stop Fajardo, you can only contain him. I’m thankful for the opportunity coach gave me.)

Bono was pivotal in the Bolts’ second-half comeback attempt. With his outside sniping, Meralco, which trailed by as much as 22 points, stretched the floor and got to as close as 1 point in the third quarter before Fajardo ran his own show in the payoff period to give the Beermen their second straight win.

Even Black was pleased with how Bono performed despite the limited minutes.

“I’m happy for Ken. He’s been hurt and he just came back to practice about a week ago. He did pretty well tonight against June Mar—scored 8 points, played decent defense. Can’t really stop June Mar but he did a pretty decent job of at least trying to push him out of the lane. I was happy with the way Ken played,” said the multi-title tactician.

With the Bolts missing the services from some of their key cogs, Bono is just hopeful that he gets to keep getting minutes.