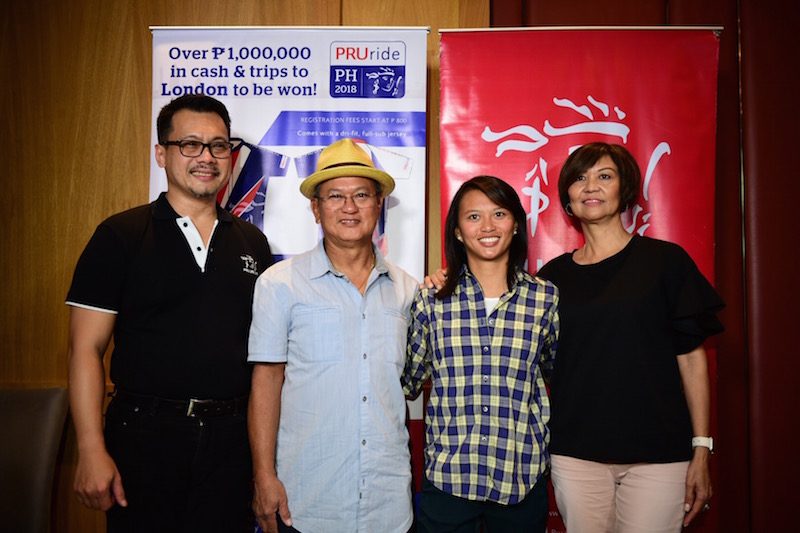 MANILA, Philippines – One of the top cyclists in the world, Filipino-American Coryn Rivera, made her landing in the Philippines for the 3rd time as she is set to cycle in Pru Life UK’s PRUride PH 2018. The competition will begin their first leg on January 11 to 14 in Subic, Zambales and their second leg on Sunday, January 21 in McKinley West, Taguig.

Born and raised in California, Rivera has been competing for Team USA since she turned pro at the age of 16. Rivera has collected 71 national titles in 4 different cycling disciplines – road, track, cyclocross and mountain biking – under the junior, collegiate, U-23 and professional categories over her career.

Her most recent achievement – and greatest by far – is a gold medal in the 2017 Tour of Flanders for Women in Belgium, as she became the first American to win a title in one of the world’s most prestigious cycling races.

Rivera also bagged her first title in the 2017 Prudential RideLondon Classique, where she was discovered by representatives from Pru Life UK Philippines who eventually invited her to compete in this year’s PRUride PH Grand Fondo 100.

Currently competing with Netherlands club Team Sunweb, Rivera hopes to influence Filipino riders with her vast experience of competing within the European circuit, where the highest standard of cycling is.

“I think to just inspire people to ride more. It’s cool to ride a bike and the weather is so nice here. It’s a little bit too hot compared to Europe so that’s a little bit of a shock but it’s a great place to ride. The scenes are so beautiful. Just to get outside, ride and do something healthy,” said Rivera.

Rivera was surprised herself as she noticed the growing cycling scene in the Philippines when she went to train in Tagaytay, known to be a popular location for local cyclists.

“I was pretty surprised yesterday (January 7) because it’s my first time [cycling] in the Philippines and I think I saw around 300 cyclists in Tagaytay. I was really impressed with that and with people recognizing me on the road, wanting to the take pictures with me. Currently the growth of cycling in the Phiippines has been huge in the last 15 years.” – Rappler.com