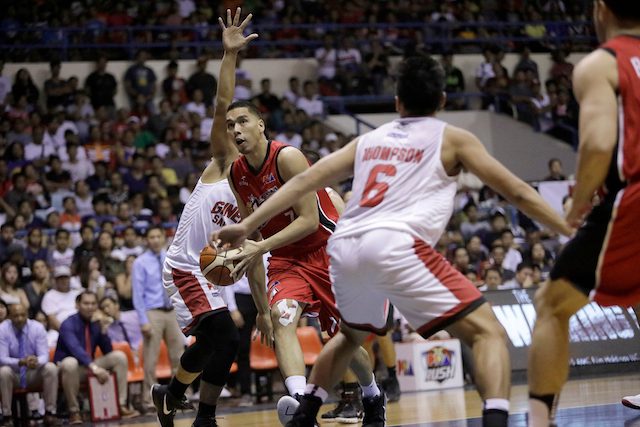 ANTIPOLO, Philippines – The new year continues to work wonders for the Alaska Aces as they bagged their 3rd straight win following a 97-83 triumph over the weary Barangay Ginebra at the Ynares Center on Sunday, January 21.

Alaska banked on Vic Manuel’s 3rd quarter heroics to remain undefeated in 3 outings this year after losing its first two games. The Aces now have a 3-2 record, tying the TNT Katropa at 3rd place.

Ginebra failed to find its niche in the payoff period as the Aces went on another 12-2 salvo to hold an 18-point lead, 85-67, their biggest of the game.

Manuel finished with 18 points, 5 rebounds, and 2 assists while Sonny Thoss had his best game of the season with 17 points, including a late triple that put the Aces up 92-78, and 4 rebounds.

Chris Banchero made his presence felt with 14 points, 6 assists, and 5 boards while JVee Casio chipped in 13 markers.

(I was telling the guys that we were thinking of so many things, we weren’t doing what we were doing for the past two weeks. I told them that we should relax.)

Ginebra had it going in the first half as it entered the break with a 44-36 lead following back-to-back triples from Scottie Thompson and Japeth Aguilar.

The Gin Kings badly missed the services of center Greg Slaughter, who is nursing a hamstring injury, as they gave up 46 points in the paint to the Aces.