Feb 2, 2018 3:50 PM PHT
Ryan Songalia
Facebook Twitter Copy URL
Copied
It is new territory for the 26-year-old from Panabo City and he hopes to live up to expectations of fans looking for the next great Filipino fighter 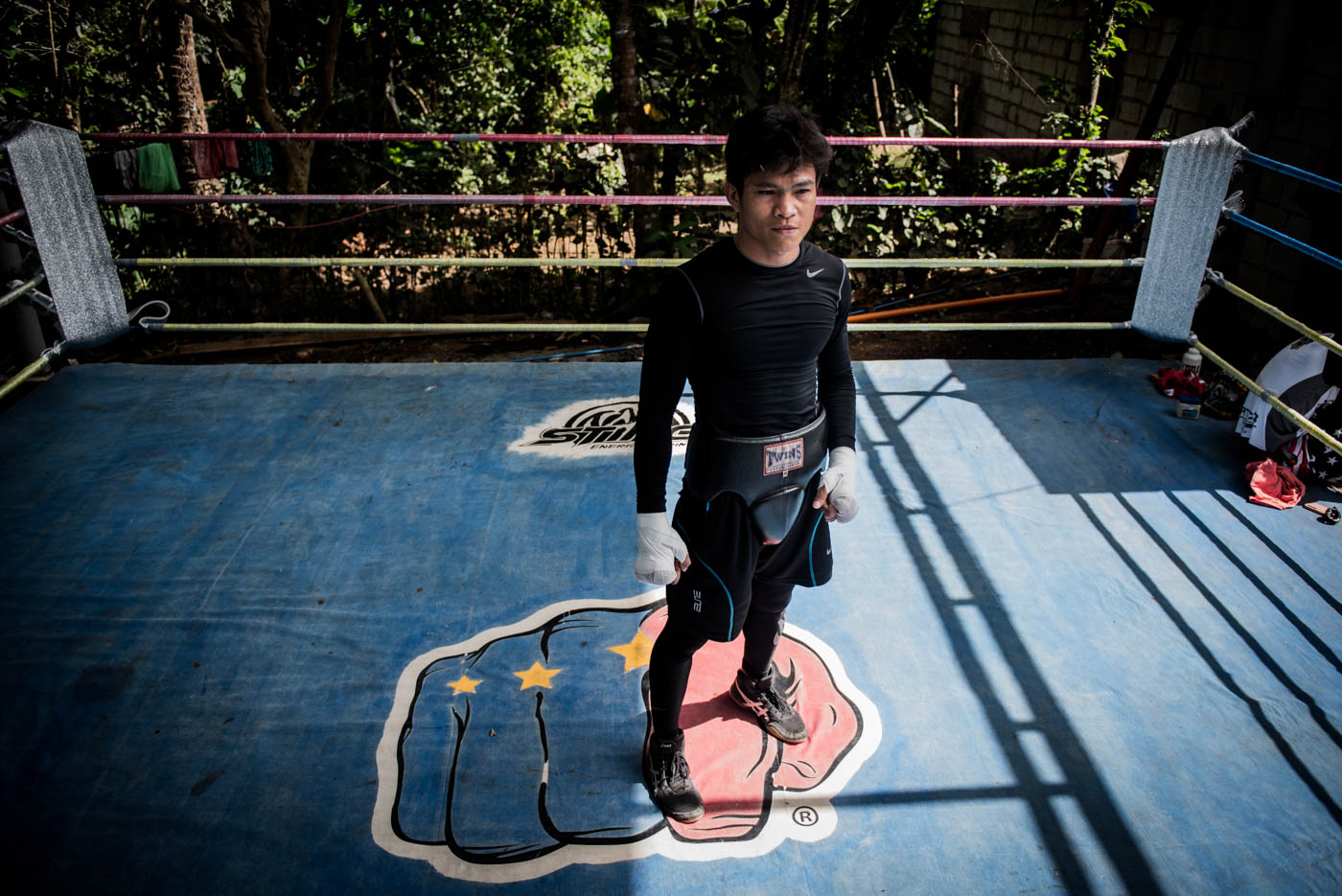 MANILA, Philippines – Jerwin Ancajas has fought in Macau, Australia and Northern Ireland since winning the IBF junior bantamweight championship at home in the Philippines in November of 2016. Now he’ll try to make his impact in the United States, beginning with his fourth title defense this Saturday, February 3 (Sunday Manila time) when he meets Israel Gonzalez at the Bank of America Center in Corpus Christi, Texas.

IBF Super Flyweight Champion Jerwin Ancajas will defend his belt against Israel Gonzalez of Mexico in his US debut!

***
Watch the Ancajas-Gonzalez fight LIVE on ESPN5 on February 4 at 10:00 AM. pic.twitter.com/1SSvQRV8Ei

It’ll be his first under new promoter Top Rank, the same company that handled the career of his co-promoter Manny Pacquiao, and will afford him the opportunity to make an impression on a wider audience with live coverage in the United States and Philippines on ESPN.

It’s new territory for the 26-year-old from Panabo City, who now makes his home at his “Survival Camp” compound in Magallanes, Cavite, and he hopes to live up to expectation of Filipino fans looking for the next great fighter to get behind.

“Just like sir Manny because he is really my idol, that is why his heart to win, I also want to apply that to myself,” said Ancajas (28-1-1, 19 knockouts).

“I also want to become the best among boxers because I did not get into boxing just for the sake of being in boxing. I got into boxing because I wanted to be counted among the best.”

IBF Super Flyweight Champion Jerwin Ancajas will defend his belt against Israel Gonzalez of Mexico in his US debut!

***
Watch the Ancajas-Gonzalez fight LIVE on ESPN5 on February 4 at 10:00 AM. pic.twitter.com/1SSvQRV8Ei

His opponent for this fight, a relatively inexperienced foe fighting outside of his native Mexico for the first time, has a respectable record of 21-1 (8 KOs). Virtually no video footage exists of him, though Ancajas’ matchmaker Sean Gibbons says he’s seen him twice in Mexico.

“What I’ve seen of him is his work on the mitts…I can tell that he is a good boxer because his punches are perfect, and he has good footwork,” said Ancajas. “I also saw his sparring and I could see that he has a technique. I see him as a real boxer, that is why I said to myself this fight will boil down to who will have the mentality, the brains. I will also need to pressure him.”

Should Ancajas win, and do so in spectacular fashion, he’ll set himself up for some high profile bouts in the increasingly-popular junior bantamweight division.

If he had his pick, he’d like to face Srisaket Sor Rungvisai, the WBC champion from Thailand who twice defeated Roman “Chocolatito” Gonzalez last year in upset victories. A win over the man who beat the man will prove his superiority at 115 pounds, Ancajas believes.

“Right now I want the Thai because he is the best among us,” said Ancajas. “I want to try, as a fighter, I want to try his expertise, his strength.” – Rappler.com