Alaska stretches win streak to 6 in comeback fashion vs GlobalPort 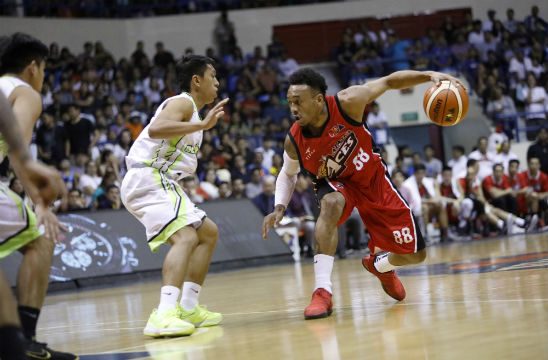 (UPDATED) ANTIPOLO, Philippines – It looks like there’s no stopping the Alaska Aces as they remain undefeated this year, pulling off a come-from-behind 105-98 victory in overtime against the GlobalPort Batang Pier for their 6th straight win in the 2018 PBA Philippine Cup at the Ynares Center here on Sunday, February 4.

Calvin Abueva knocked down a short stab to give Alaska a 90-88 lead but Stanley Pringle quickly retaliated with a triple at the two-minute mark for a 91-90 GlobalPort advantage.

Alaska took a 93-91 lead thanks to a Kevin Racal bucket, Abueva’s freebie, and a botched Kelly Nabong layup. However, it was not enough cushion to win the game in 4 quarters after Pringle buried a difficult floater over the outstretched arms of Racal to force overtime.

The Aces had a chance to score a go-ahead basket but Chris Banchero was trapped by Nabong and Pringle, forcing a jumpball with 2.3 ticks remaining. Nabong’s halfcourt heave, however, was several feet short.

In overtime, GlobalPort’s gas already ran out after they tied the game at 96-all off a Sean Anthony triple. Alaska went on a game-clinching 9-2 run, fueled by Vic Manuel’s 7 points.

“We’re so fortunate to come away with this. Hats off to the players, they didn’t give up, they kept on going,” said Alaska head coach Alex Compton.

Manuel paced the Aces with 21 points, 5 rebounds, and 2 steals while Abueva chipped in a double-double of 12 points, 12 rebounds, 3 assists, and 2 blocks.

Banchero added 16 points, 4 rebounds and 2 assists while Casio added 16 markers, 5 assists and 4 boards in the win.

Alaska is in second place with a 6-2 card, behind the Magnolia Hotshots (6-1), while the Batang Pier are tied with NLEX, Ginebra, and Phoenix in 5th place with identical 3-4 slates.

Pringle put up a herculean effort of 28 points, 8 rebounds and 6 assists in the loss while Anthony made his presence felt with 21 points and 14 boards before going down with 2:49 minutes left in overtime for an apparent left ankle sprain.

Nabong also had a double-double of 15 points and 12 rebounds for the Batang Pier.