MWF gears up for bigger, bolder future at ‘Open House: Level UP’

MANILA, Philippines – The Manila Wrestling Federation (MWF) gears up for a bigger, braver, and bolder future, as it is set to invade the University of the Philippines (UP) for its first offering in 2018.

On Sunday, February 25, the MWF will hold a “relaunch” event, MWF Open House: Level UP, at the UPFI Film Studio in UP Diliman, Quezon City. 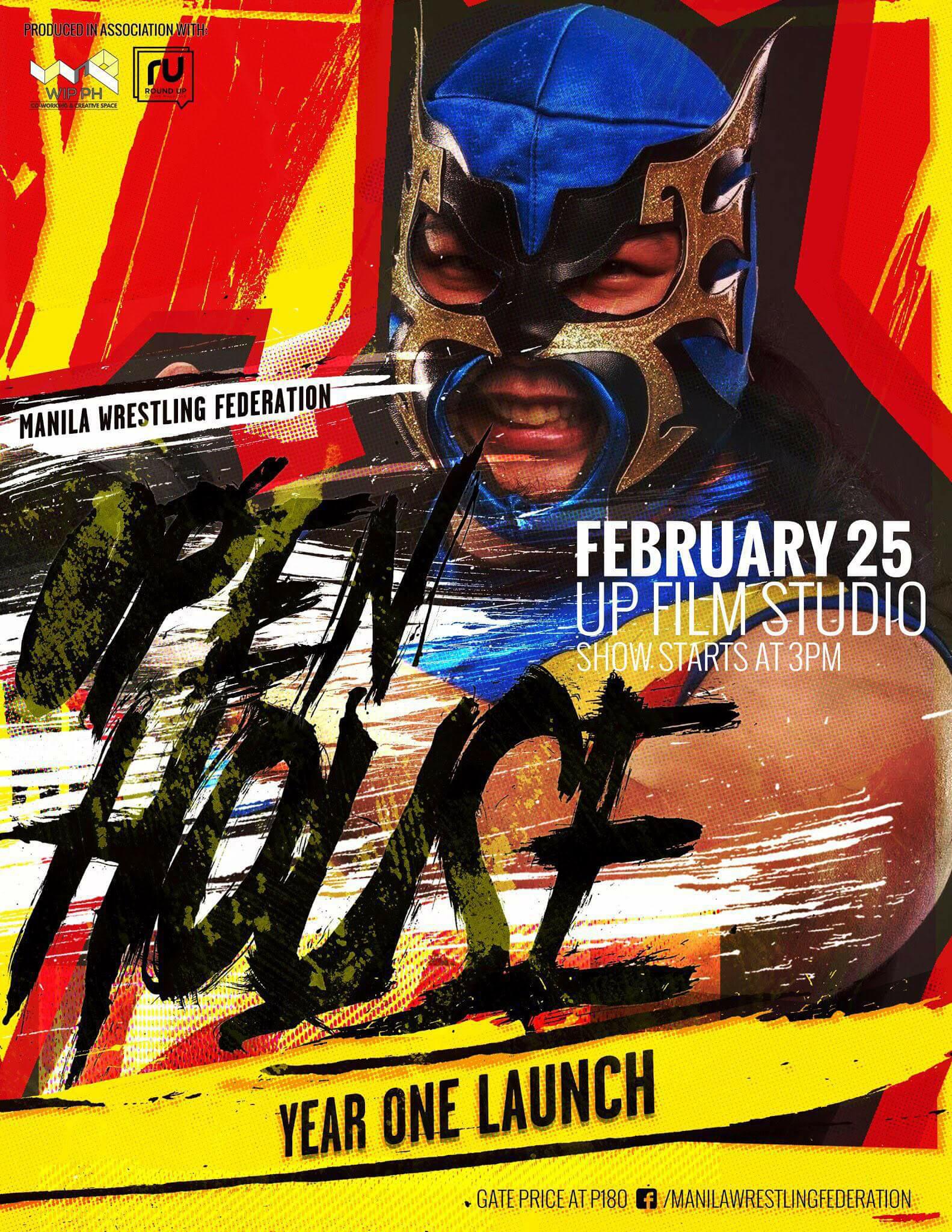 “In 2018, MWF is setting its sights higher, as it begins its journey into becoming the standard-bearer of professional wrestling entertainment in the Philippines,” said the MWF in a statement. (READ: RAW Deal: Philippine wrestling in 2017)

Some exciting announcements will be made at Open House: Level UP.

The MWF will also debut its new wrestling ring, where two matches will take place: Frankie Thurteen versus Ashura in an intergender match, and Rex Lawin (with Coach Gus Queens) against RG, a UP alumnus.

“2017 was an incredible year for us. Not only did we prove our ability to deliver the best wrestling quality in the country, we were also able to make noise in the scene by showcasing a blend of local and international talent,” said MWF co-founder and commissioner Mike Shannon.

Since its official debut in August 2016 at the “HistoryCon” event of The History Channel, the MWF has held a number of shows, most recently MWF Noche Buena in December 2017. It featured Robin Sane versus Hong Kong wrestler and ex-WWE competitor Ho Ho Lun in the main event. (WATCH: Rappler Talk Sports: Ex-WWE star Ho Ho Lun on wrestling in PH, SE Asia)

“This year promises a number of big and exciting changes for the MWF and we are excited to share it with our fans,” Shannon said. – Rappler.com

MWF Open House: Level UP takes place on Saturday, February 25, 3 pm, at the UPFI Film Studio in the University of the Philippines – Diliman. For inquiries, reservations and ticket purchase, send a message to MWF’s Facebook page.