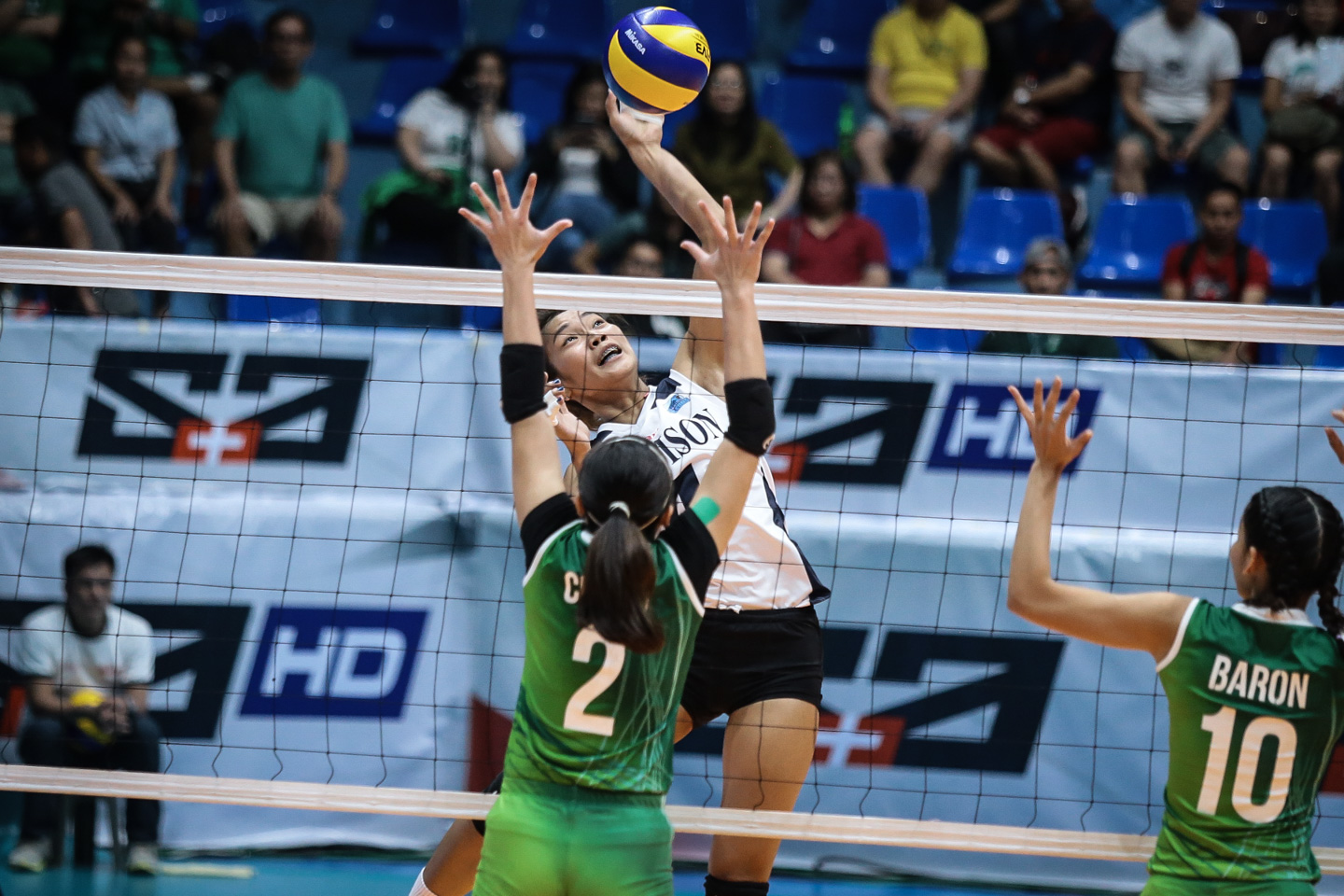 The Adamson Lady Falcons improved their record to 3-3 while the DLSU Lady Spikers picked up another loss to fall to 4-2 in the UAAP Season 80 Women’s Volleyball tournament.

The Lady Falcons had a strong start to the game as they pulled away from a 10-8 advantage to a 7-point lead capped off by an Soyud attack. The Lady Spikers rallied back to get within 5 points thanks to Kim Dy’s spike, 20-15.

DLSU’s efforts were not enough as Galanza brought it to set point and Tin Tiamzon commited a service error that gave Adamson a 1-0 lead in the match.

Adamson blew a 3-1 start to the second set as the Lady Spikers bounced back by scoring 5 unanswered points to take a 6-3 lead. DLSU continued to exact revenge on the Lady Falcons as they locked Adamson to 7 points and stretched the lead to 8 until Tiamzon made an attack error.

Despite the cutting the deficit to 3, 17-14, the Lady Falcons failed to recover as DLSU raced to end the set with a 8-1 scoring run capped off by a Dy ace.

Baron’s back-to-back attacks allowed DLSU to get off to a 6-3 start in the 3rd set before Soyud’s ace tied it a 6-all. Cheng sparked the DLSU offense, scoring 3 straight points for DLSU and Baron ended the 6-2 run with back-to-back attack, 16-11.

The Lady Falcons managed to tie the set at 17-all and pulled away with the lead until Emnas made an error in her set that gave a free point to DLSU. Galanza and Soyud recovered to bring it a set point and a distribution error from DLSU made it a wild 14-3 run by Adamson.