As our national athletes and sportswriters bedazzled everyone in their formal coats and gowns instead of their usual sports attires, a few were called up to be recognized on stage for the main and major awards. 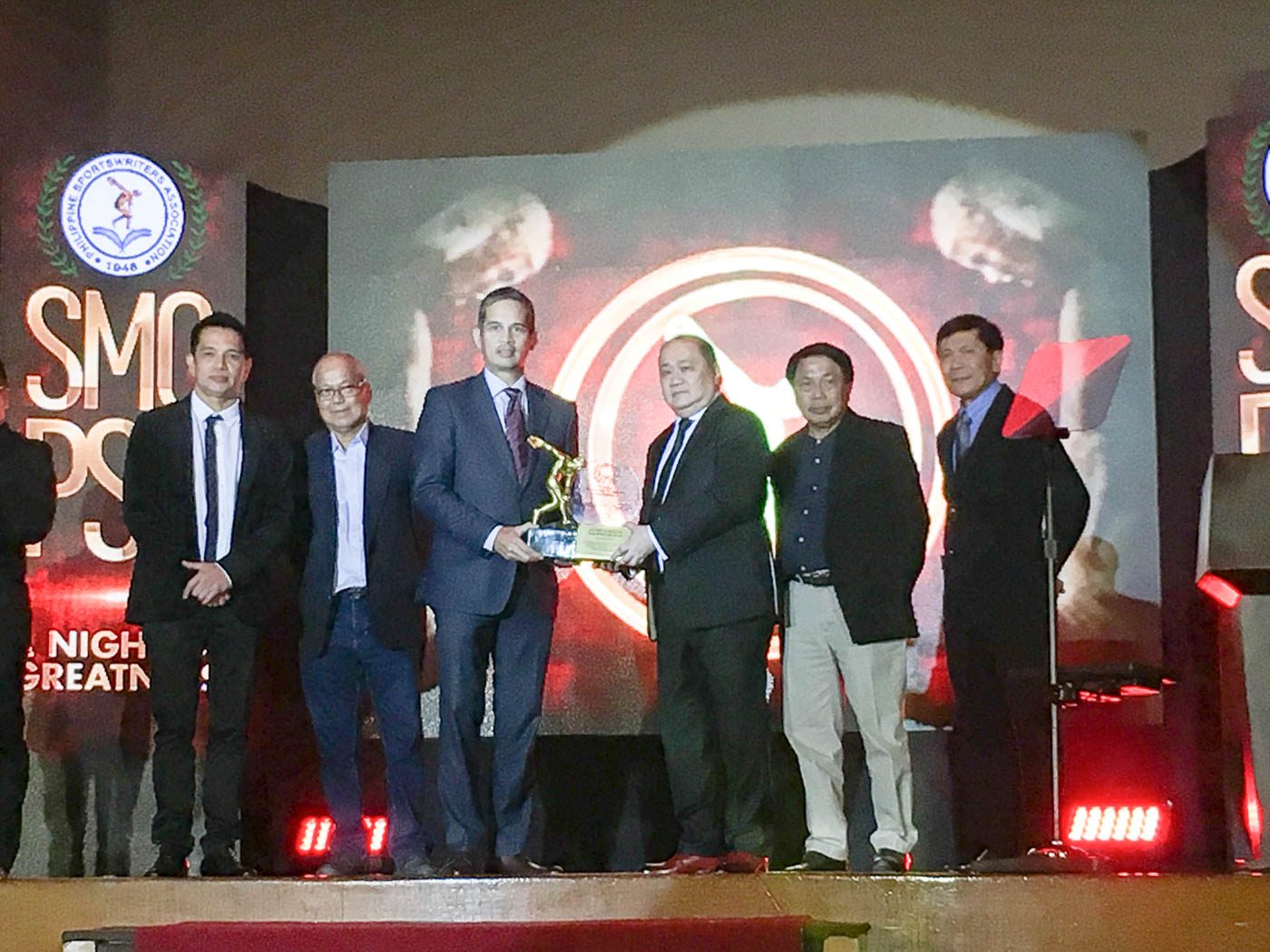 Executive of the Year: Ramon S. Ang and Ernesto Echauz NSA of the Year: Triathlon Association of the Philippines Horse of the Year: “Sepfourteen” Augusto “Gus” Villanueva was not present to receive his Lifetime Achievement Award which is part of the main awards. He was awarded for being the Editor-in-Chief of the Journal Group of Publications and was notably the former PSA President.