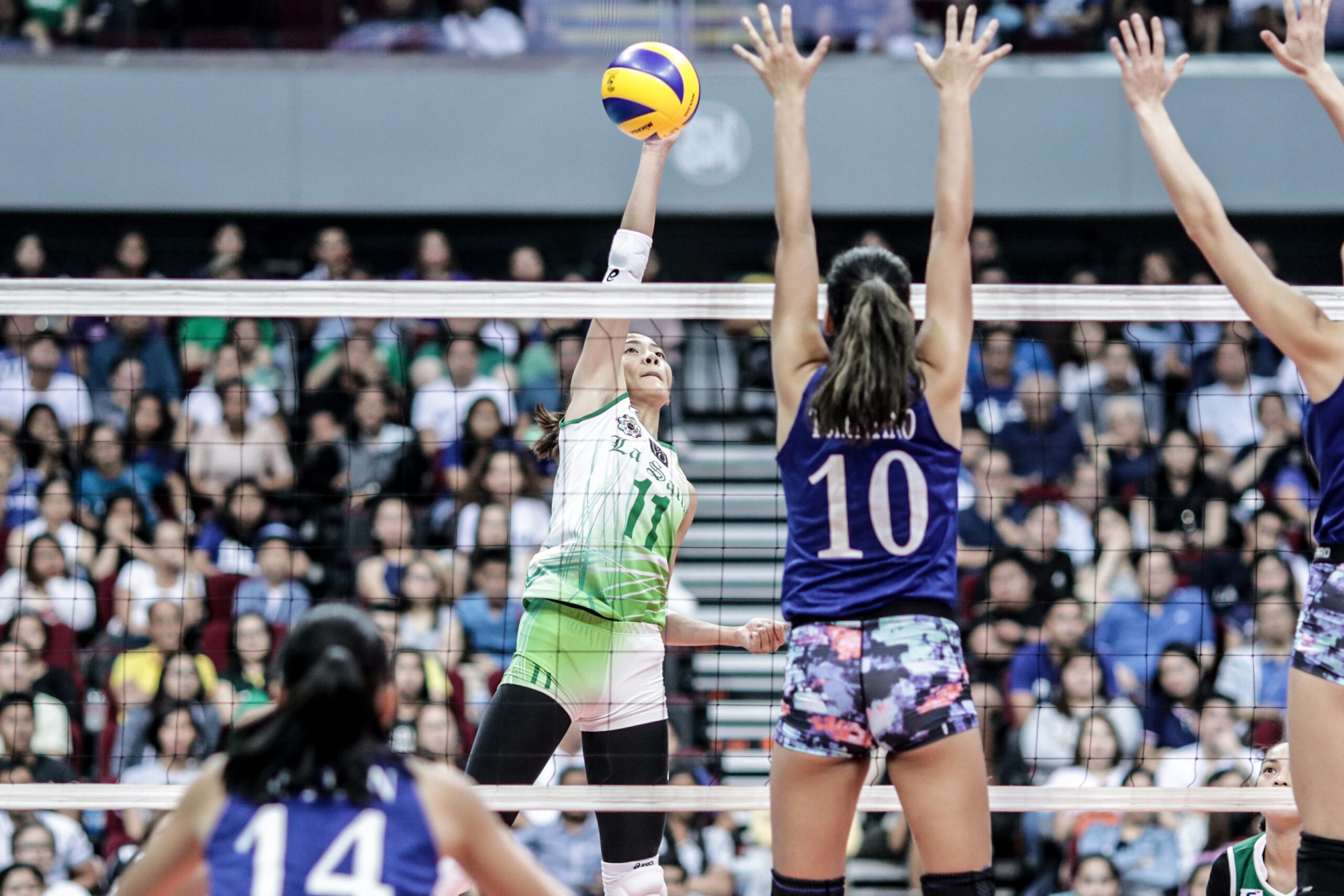 This was what De La Salle University (DLSU) head coach Ramil de Jesus said after the Lady Spikers bounced back from their Adamson loss to defeat the Ateneo Lady Eagles on Saturday, March 3.

In their previous game, de Jesus rated the Lady Spikers’ performance as “pambarangay” (for a barangay) as DLSU lost in 4 sets to the then-cellar-dwellers Adamson Lady Falcons. (READ: ‘Pambarangay,’ De Jesus says of DLSU performance in loss to Adamson)

Although the Lady Spikers were used to the fact that de Jesus doesn’t reserve any praises for them, the Taft-based squad knew that it was time to end their lackluster ways.

“I think, coming from a loss kasi, kailangan talaga naming mag-bounce back. (We needed to bounce back) And we need to get that confidence again,” said DLSU topscorer Kim Dy.

De Jesus was happy with Dy’s season high of 21 points off 11 spikes, 7 blocks and 3 aces. He was previously disappointed with Dy as she crashed into a bad performance during the Adamson game. The open spiker apologized to her coach multiple times through messages.

(After we lost to Adamson, the kid (Dy) messaged me. She kept saying sorry and that she will make it up to it. Here, she showed it.)

Dy recalled that losing two out of their last 3 games before facing Ateneo was a big blow to the defending champions’ confidence. De Jesus did his part of motivating them, but it was entirely up to the Lady Spikers to turn their renewed confidence into a reality.

However, the Lady Spikers’ performance was still not up to par with de Jesus’ “UAAP standards” as they trailed Ateneo 10-19 and eventually dropped the 3rd set even after rallying back with a 10-0 run.

“Sakit namin ‘yun eh. Andoon tapos biglang bibitaw. (That’s our weakness. We’re already there, then we let go) I think that’s one of the adjustments we [still] need to work on,” said Dy.

The Lady Spikers ended the first elimination round with a 5-2 record, tied with the Far Eastern University Lady Tamaraws who defeated the University of Santo Tomas Tigresses before the Ateneo-DLSU game – Rappler.com