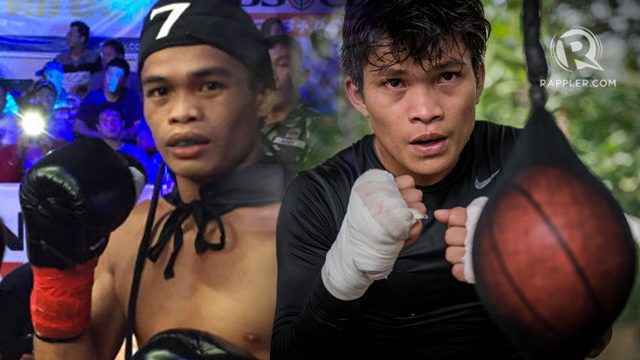 MANILA, Philippines – Jerwin Ancajas booked his second US fight against countryman Jonas Sultan in the first all-Filipino world title fight since 1925 on April 14, 2018 at Mandalay Bay in Las Vegas.

The Ancajas-Sultan bout will also be the first all-Filipino world title fight held in the US. In 1925, Pancho Villa’s flyweight title defense against Clever Sencio in Wallace Field, now known as Rizal Park, was the last time two Filipinos met in a world titlte bout.

Ancajas (29-1-1, 20 knockouts) is set to defend his IBF junior bantamweight title which he won in 2016 over Puerto Rico’s McJoe Arroyo. He successfully defended the title for the 4th time last February in his US debut vs Israel Gonzalez. (READ: Jerwin Ancajas remains world champ via TKO in rousing U.S. debut)

Sultan (14-3, 9 KOs) made headlines when he pulled off an upset against two-time world champon Johnriel Casimero by unanimous decision in Cebu City in September 2017. After outboxing Casimero in the IBF junior bantamweight title elimination bout, Sultan has become the mandatory challenger for Ancajas’ title.

According to The Ring, Top Rank CEO Bob Arum said that Ancajas and Sultan will square off in the undercard of Terence Crawford-Jeff Horn bout. (READ: Short Vegas lead-up no issue for welterweight champ Jeff Horn) However, Sultan’s promoter Michael Aldeguer of ALA Promotions said they have not yet signed their contract. – Rappler.com