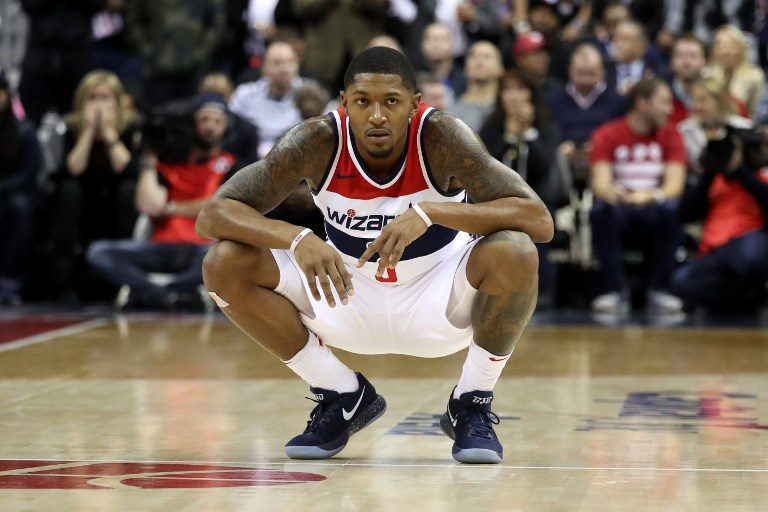 LOS ANGELES, USA – The Washington Wizards fought back from a 20-point deficit to jolt the injury-hit Boston Celtics with a 125-124 victory in double overtime on Wednesday, March 14.

A Jodie Meeks 3-pointer with two seconds remaining tied it for the Wizards at 106-106 to send the game into the first period of overtime after the Celtics appeared to have done enough for the win.

Boston rookie Jayson Tatum then blew a chance to win it for the Celtics in the first period of overtime, the 20-year-old levelling the score at 115-115 with a two-point layup but then missing a free throw that would have sealed a win.

Instead Washington pulled away to open a 6-point lead in overtime that saw them improve to 39-30 in the Eastern Conference standings.

The second-placed Celtics, who are battling through a slew of injuries that has deprived them of Kyrie Irving, Marcus Smart, Daniel Theis, Jaylen Brown and Al Horford, fell to 46-22 with the defeat.

The Celtics remain 4 games adrift of the first place Toronto Raptors, who are on course for the top seeding and homecourt advantage through the playoffs.

Bradley Beal led the way for the Wizards at Boston’s TD Garden on Wednesday, scoring 34 points with 7 rebounds and 9 assists.

Markieff Morris had 20 points while Otto Porter Jr. had 18 points. Ian Mahinmi added 14 from the bench.

Elsewhere Wednesday, the Orlando Magic pulled off an upset against the playoff-chasing Milwaukee Bucks with a 126-117 victory.

Orlando’s Jonathon Simmons scored a career-high 35 points as the Magic improved to 21-48. The Bucks fell to 36-32 with the defeat.

Simmons was ably supported by point guard D.J. Augustin, who had 32 points along with 4 assists and 3 rebounds.

The Bucks meanwhile leaned heavily on the brilliance of Greek star Giannis Antetokounmpo, who led the scoring with 38 points. Antetokounmpo also led his team with rebounds (10) while adding 7 assists. – Rappler.com