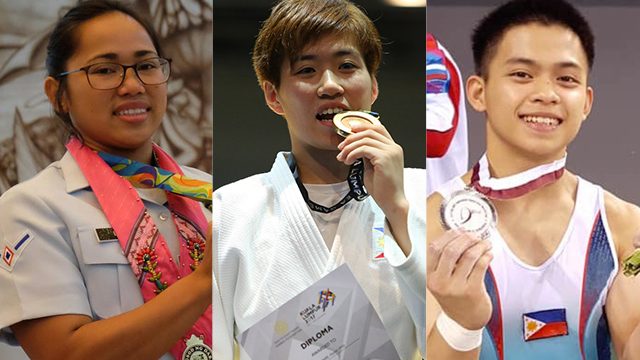 MANILA, Philippines – Out of the P600 million budget allocated for the national sports associations, Philippine Sports Commission (PSC) chairman Butch Ramirez announced the top 10 sports that will receive a bigger share for the development of the sport. 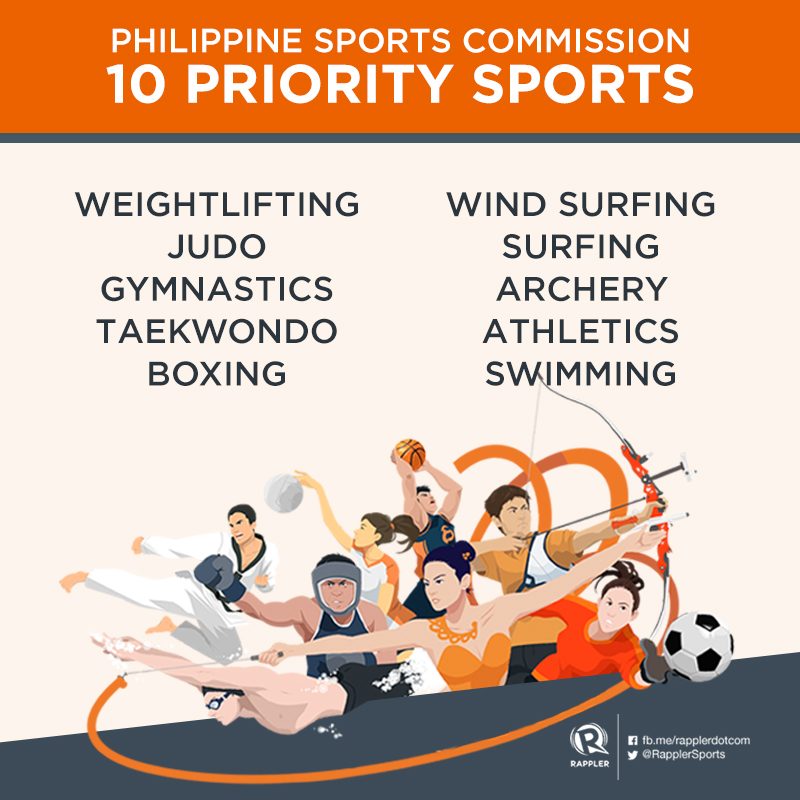 Weightlifting has been bannered by Olympic silver medalist Hidilyn Diaz since the 2016 Rio de Janeiro Olympics. Diaz was not given a chance to represent the Philippines in the 2017 SEA Games after the organizing committee in Malaysia scrapped the sport.

Judo continues to be one of the top medal sports in the Southeast Asian (SEA) Games where Kiyomi Watanabe nabbed her 3-peat gold medal  in the women’s 57-63kg while 16-year-old Mariya Takahashi dethroned the 5-time gold medalist in her 2017 SEA Games debut.

There also has been a rise in watersports with Geylord Coveta and Illham Wahab winding up with a silver and bronze medals in the Sailing tournament  of the 2017 SEA Games, thus wind surfing and surfing are listed for development as well.

Philippine archery has also been on the rise with 15-year-old Nicole Tagle grabbing the sole silver medal to add to the 4 bronze medals in the 2017 SEA Games.

Hurdles king Eric Cray  and Trentam Beram were given recognition in the 2018 PSA Annual awards  for finishing the 2017 SEA Games with gold medals.

The Philippine National swimming team hauled in a total of 7 medals in the 29th SEA Games with James Deiparine topping it with a silver medals from the men’s 50m and 100m breaststroke events. – Rappler.com