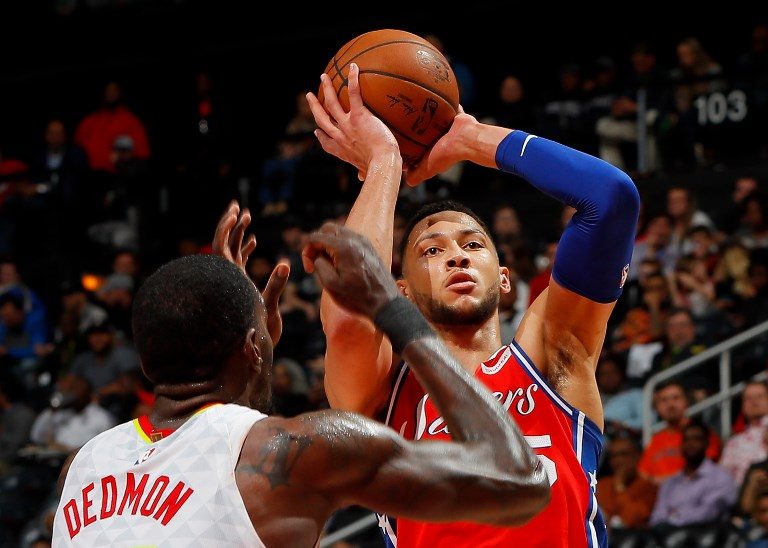 LOS ANGELES, USA – Paul Millsap scored a season-high 36 points as the Denver Nuggets jump started their playoff hopes with a 126-125 overtime victory over the Oklahoma City Thunder on Friday, March 30.

Denver, who came into the contest two games out of the No. 8 position in the Western Conference playoff race, had lost two straight and needed to turn that around.

Nikola Jokic had 23 points and 16 rebounds, and Will Barton added 18 points for Philadelphia who stretched their winning streak to nine straight.

Russell Westbrook had 33 points, 13 assists and nine rebounds for the Thunder who have lost three of their last five games. Westbrook missed what would have been a game-winning three-pointer at the end of regulation.

Elsewhere, Ben Simmons is in the right mindset for scoring triple doubles as the Philadelphia 76ers toppled the Atlanta Hawks 101-91.

Simmons, who is a candidate for rookie of the year, had a triple-double in three quarters, Ersan Ilyasova scored 21 points and the Philadelphia 76ers won their ninth straight.

“I’ll hear a few things like you need two more rebounds or whatever it is, but if I’m not focusing on it, it’s easier to get statistics like that,” he said. “I’m letting the game come to me.”

Philadelphia improved to a season-best 15 games over .500 which matches the club’s longest winning streak since it had nine straight victories in 2003.

Simmons finished with 13 points, 12 rebounds and 11 assists, to record his fifth triple-double in his last 10 games and 11th overall.

Simmons did not play after leaving with 3:37 left in the third. He helped fill the void left by the departure of all-star center Joel Embiid who earlier in the week suffered a facial fracture and a concussion.

“Without Joel it just means we run more, we shoot the ball a lot more from three, and it’s a quicker game,” Simmons said.

“But we lose that big presence of him in the post, changing shots and things like that. So we lose a lot, but we’re able to move the ball a lot quicker.”

Damion Lee finished with a career-high 20 points and Dewayne Dedmon had 11 points and 15 rebounds for the struggling Hawks.

In Houston, Gerald Green made a three-pointer at the buzzer and the Houston Rockets rallied from a 21-point, second-half deficit for a 104-103 victory over the Phoenix Suns.

The win was Houston’s 11th straight and extended Phoenix’s skid to 14 games, which ties a franchise record.

Houston rested Chris Paul, Eric Gordon and Nene after clinching the top seed in the Western Conference on Thursday. – Rappler.com