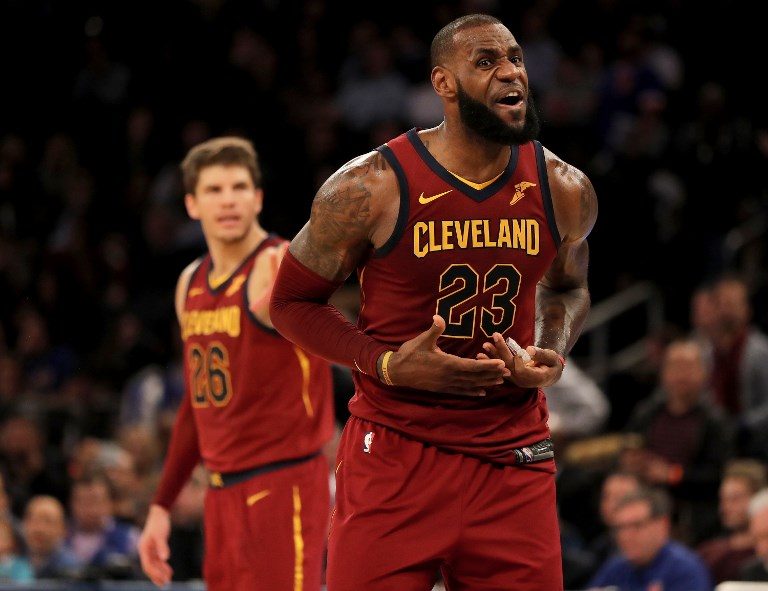 LOS ANGELES, USA – The Cleveland Cavaliers were already getting into NBA playoff mode even before coach Tyronn Lue returned to the bench on Thursday night, April 5.

LeBron James scored 13 of his 33 points in the 4th quarter as Cleveland made sure Lue’s return was a successful one with a 119-115 win over the Washington Wizards.

James helped the Cavaliers claw their way back from a 17-point deficit and hold onto the number 3 postseason spot in the Eastern Conference standings.

“I don’t have a quit bone in me, so if I’m on the floor, I’ve got to try to make plays happen no matter what the score is,” James said. “That’s just my mindset.”

Cleveland is 10-1 since March 17 when Lue was forced to leave a game in Chicago with chest pains. Lue says he has changed his diet and is taking sleep medication as he gets set to guide his troops into the first round of the playoffs.

Jeff Green delivered 21 points and Kevin Love had 16 for the Cleveland, who fell behind 104-87 with just over 7 minutes left in the 4th quarter.

Markieff Morris scored a basket with 3:16 left to give the Wizards a 110-100 lead. James then went to work, scoring 6 straight points and dishing to Green for a layup. Rodney Hood made two free throws to cap a 10-0 surge as the Wizards failed to put Cleveland away down the stretch.

“Like I said before the game, I’ll say it after the game and probably 5 years from now I’ll say the same thing. He’s the best player in the league and he does that every night. You don’t get to see players like him often,” said Brooks.

John Wall finished with 28 points and 14 assists for the Wizards, who have lost 7 of their last 9 and are jockeying with Milwaukee and Miami for a playoff seed. Wall was playing in his 3rd game since returning from knee surgery.

Elsewhere, Bojan Bogdanovic scored 28 points and Victor Oladipo added 21 and the Indiana Pacers pulled away from the defending champion Golden State Warriors for a 126-106 lopsided win.

Bogdanovic had a nearly perfect shooting game for the Pacers who took the lead for good on Lance Stephenson’s 3-pointer with 9:46 left in the first half. They never allowed Golden State to get closer than 10 after halftime.

The win gave Indiana their first season sweep of the Warriors since the 2011-12 season.

Warriors coach Steve Kerr pulled 5 players from the game and sat them on the bench for the final 7 minutes with his team down by 21 points. Kevin Durant was included in that group.

“I think just caring, caring in general, that was the main problem,” Kerr said. “It’s hard to win an NBA game if you don’t put forth an effort at all.

“Yeah, I’m mad. I’m embarrassed. I know that this game doesn’t mean anything in the seeding, but the playoffs start next week. It was an embarrassing effort, a pathetic effort.” – Rappler.com