Ilocos Sur ‘one step ahead’ in preps for Palaro living quarters 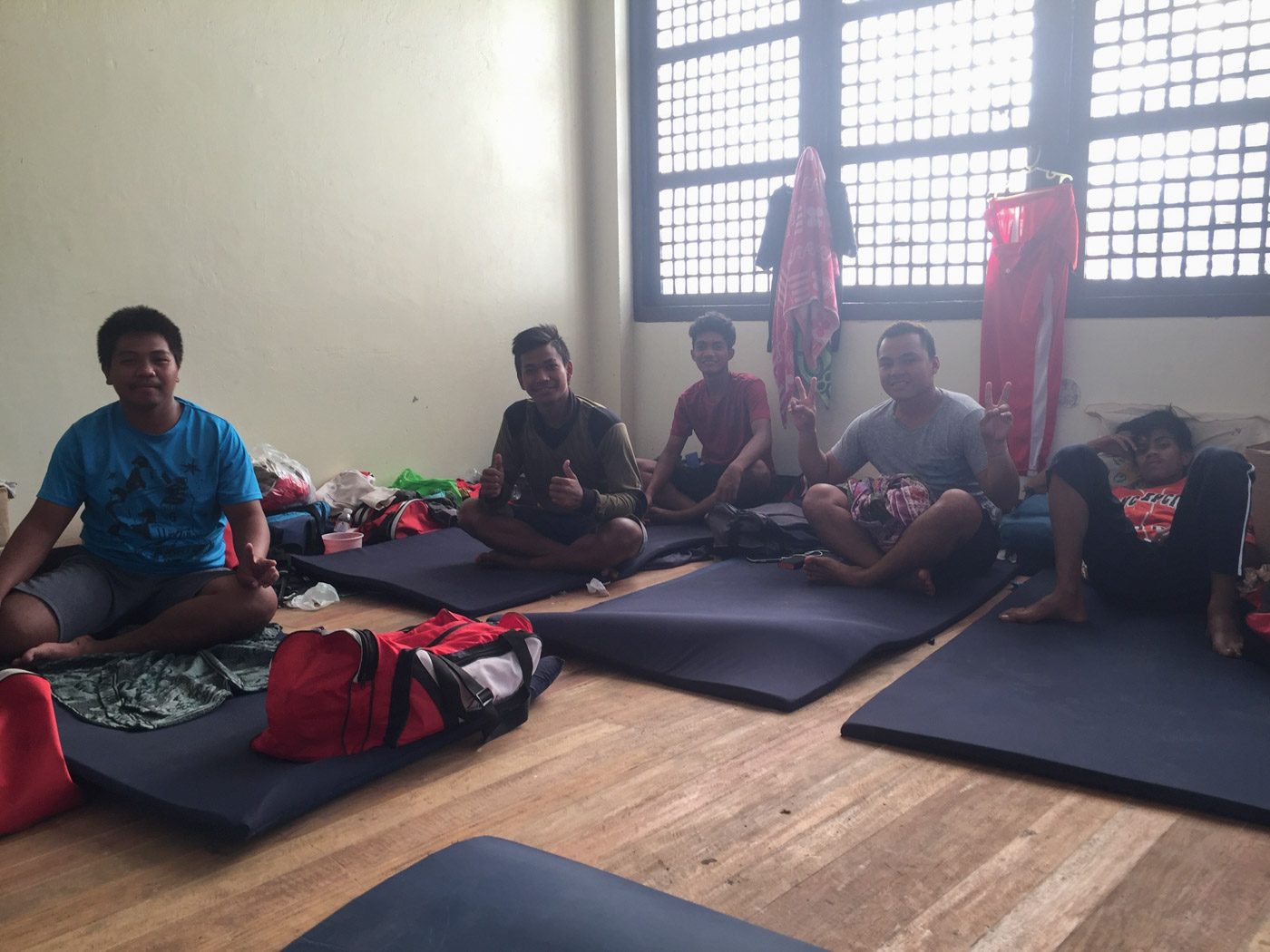 Facebook Twitter Copy URL
Copied
Zamboanga's baseball captain, who is joining his 3rd Palarong Pambansa this year, says his current living quarters in Vigan is the most comfortable so far

ILOCOS SUR, Philippines – Soft mattresses, pillows, and blankets welcomed every athlete who traveled to Ilocos Sur to compete at the Palarong Pambansa 2018.

On Monday, April 16, Rappler visited two schools which the Department of Education (DepEd) and the Ilocos Sur local government unit (LGU) reserved for the players, coaches, and other guests who need a place to stay during the games scheduled until Saturday, April 21. Aside from mattresses, all individuals billeted in the schools were given their own pillows and blankets. This is a new initiative from the Ilocos Sur LGU, according to ARMM committee on discipline chairman Nurhateb Abdullah.

“For the first time, kumpleto siya. May kumot, may unan,” Abdullah told Rappler.

(For the first time, the beddings were complete. There are blankets and pillows.)

“They are one step ahead of others, kasi ‘yung iba higaan lang [‘yung binibigay]. Dito kumpleto. Sasabihin kong maganda dito,” he added.

(They are one step ahead of others, because others just give out mattresses. Here, beddings are complete. I say it is better here.) His observations were affirmed by Vigan Central School principal Editha Bagcal. She said they already included allocations to fix the living quarters of Palaro athletes when they proposed their budget for 2018.

Bagcal said her school spent P50,000 out of its own coffers to make Vigan Central School more homey for Palaro. Another P80,000 was donated by the parent-teacher association. The budget allowed Vigan Central School to fix its water pipes and set up Wi-Fi connections that can accommodate hundreds of Zamboangeños.

(Ilocos Sur really prepared for this because our governor and the DepEd wanted the stay of the athletes, coaches, officials, and other delegates to be comfortable.)

A total of 37 schools across Ilocos Sur are reserved for the regional delegations, while another 16 schools are being used by the Palaro’s technical officials. Rosellre Basa, captain of Zamboanga’s baseball team, finds his current living quarters more comfortable than the ones he stayed in during the past two Palarong Pambansa games.

(It’s more comfortable here compared to the ones I previously stayed in. The space is bigger here. The room we had before was smaller. We could barely fit.)

He added that he’s now able to relax more and get enough sleep before his competition.

During last year’s Palaro, SunStar reported that some 600 delegates from Davao ended up sleeping on cartons they bought for P3 each for their first 3 nights in Antique. This was because their mattresses were delivered late. – Rappler.com