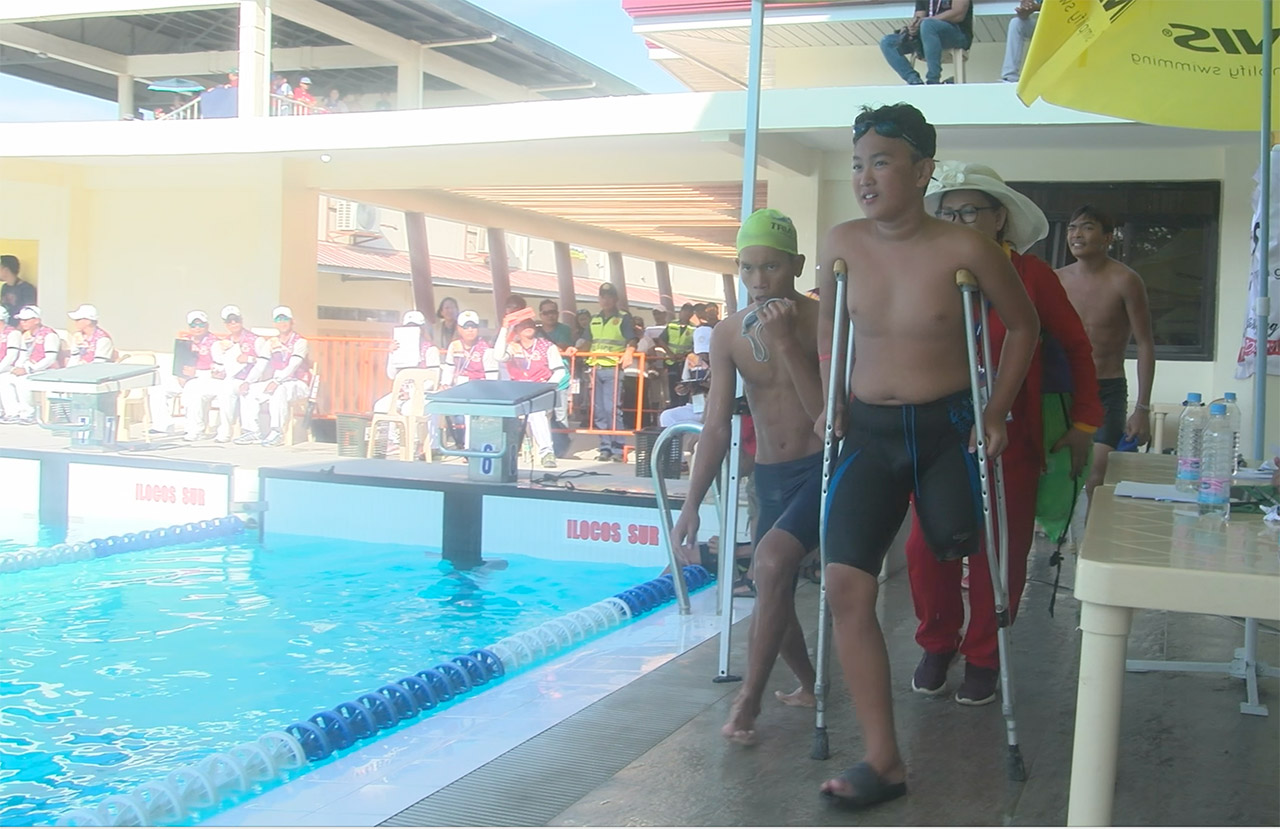 ILOCOS SUR, Philippines – Mark Francis Salazar will never forget that fateful day he lost his leg. It would the shape way he lived the rest of his life.

Mark was crossing the pedestrian lane along Maharlika Highway to get to Bakal Dos Elementary School in Talavera, Nueva Ecija on July 13, 2016. He looked at the left and right sides of the road just as his parents said.

The next thing he knew, a truck hit him, breaking his left leg.

His parents rushed him to the hospital and waited in agony outside the operating room.

(I was howling and praying to God not to take my son away yet. His accident happened in Maharlika Highway, and most of the people who get into accidents there die.)

The doctor informed Mark’s parents his left leg had to be amputated just beneath the knee. But he was still getting fever 3 days after the first amputation, so the doctor said they would have to cut even Mark’s knee.

It was hard for the boy at first to accept he no longer has his left leg.

But it was swimming that made him hope again.

(I told Mama that I wanted to swim. I’ll ask my older brother to teach me.)

One year after Lea enrolled him to the Bert Lozada Swim School, Mark competed at the Palarong Pambansa 2018 Special Games for ortho-amputee swimmers. (READ: Mimaropa’s SPED athlete joins Palaro 2018 against all odds)

The boy from Science City of Muñoz is set to get his bronze medal on Friday, April 20 for finishing 5th in freestyle and 6th in the breaststroke competitions.

The struggle before Palaro

Mark struggled with his physical disability at the beginning, however. Before going into swimming, Mark threw tantrums at home.

They had to constantly remind Mark they loved him whether he had a disability or not. (READ: SPED coach: ‘Understand, be patient with special athletes’)

(I told him, ‘Son, that’s not true. If we didn’t love you, then we would have just left you to die. But no, son. We love you. Can’t you feel that? Everyone at home is focused on you.) 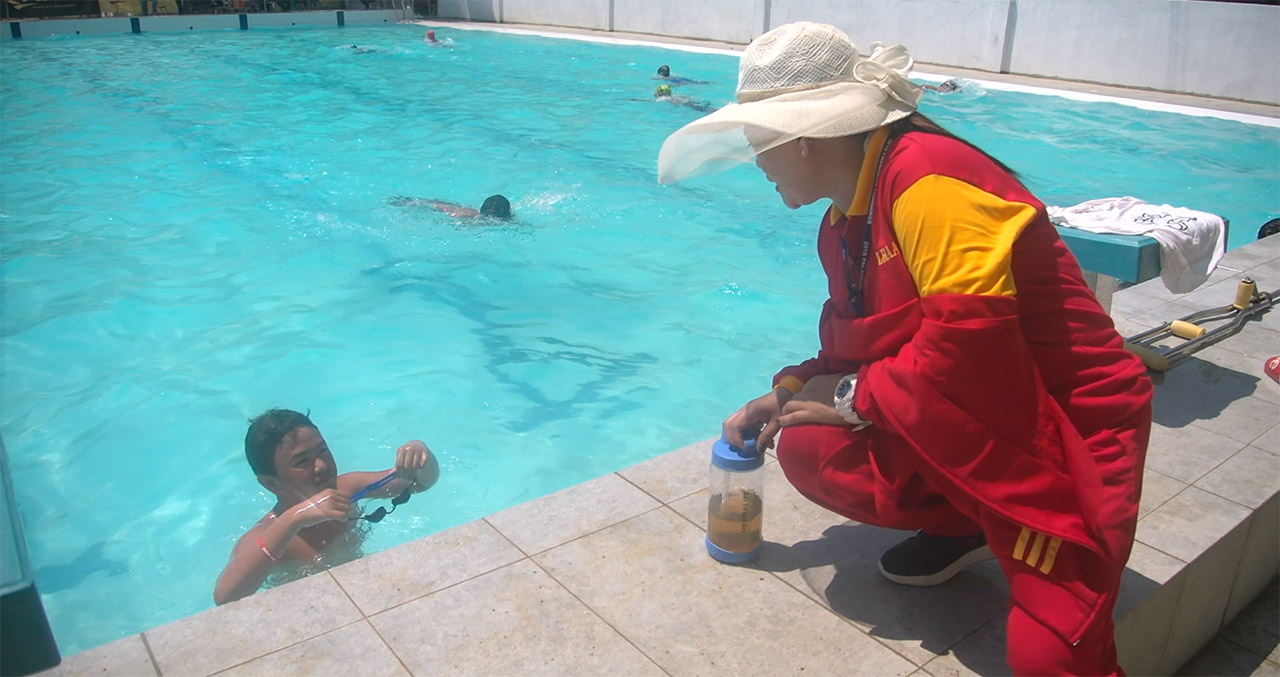 There is also the issue of finances. Lea said a prosthetic leg for Mark was supposed to cost around P98,000.

The senior high school teacher married to a hardware store owner was thankful for their PhilHealth benefits, as it gave them a discount for Mark’s prosthetic leg, which they bought at about P60,000.

They now have to buy the boy a new one because his old prosthetic leg is already too small for him.

But the Salazar family persisted and stayed strong for Mark.

His 3 older siblings even help his parents in checking on him throughout the day. Lea also said they have been getting donations from friends, even local government officials.

Diving back into hope

Lea himself coaches Mark, as she had been member of her school’s swimming varsity team when she was young.

(We first do drills. We then do around 200 meters of each stroke. She’ll time me. Then I will do my IM.)

How did swimming changed Mark? A lot, according to his mom and coach.

He no longer threw tantrums after he joined Central Luzon’s swimming team.

(And I saw his intiative. Even if I’m already tired from school, he’ll tell me, ‘Mama, I want to practice.’ While we’re here in Palaro and I already want to rest, he’ll still say, ‘Mama, I want to do warm-ups.’ You’ll see the eagerness in him to swim.) 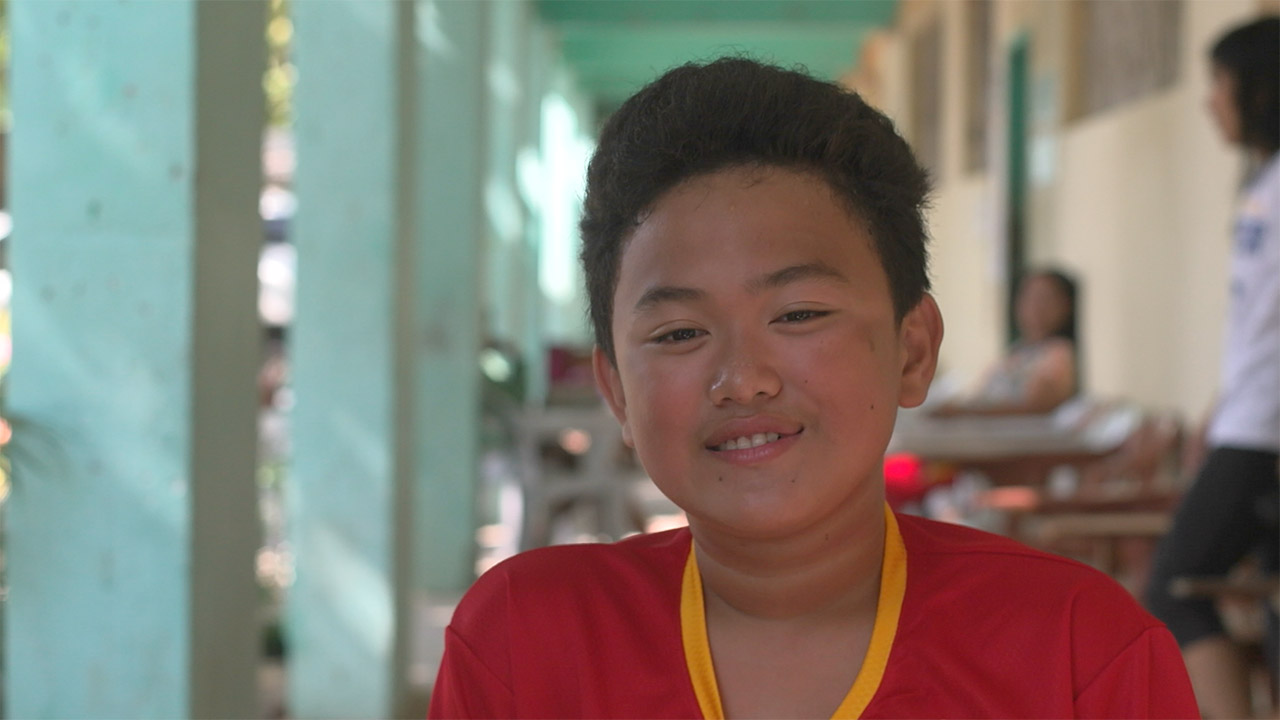 As for Mark, he hopes his story would inspire other amputees like him to continue reaching for their dreams.

(If they can hear what I’m saying, I hope they will be able to find a way to help themselves. One time, I saw a person like me say it is hopeless. That’s why I want them to remain positive, to keep on hoping like me.) – Rappler.com