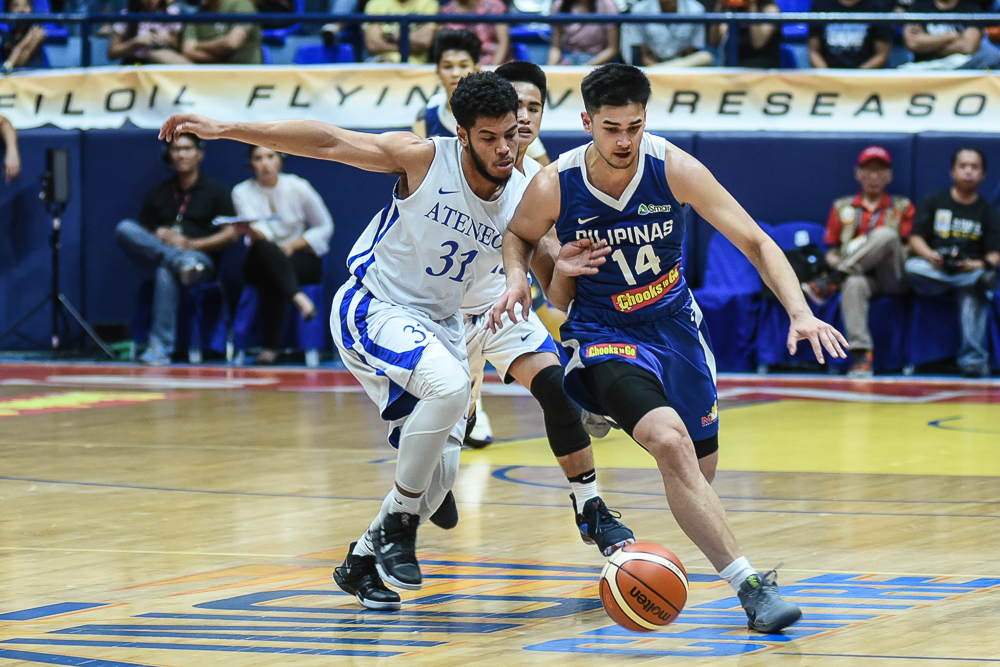 MANILA, Philippines – The Ateneo de Manila University Blue Eagles spoiled the party of the debuting Gilas Pilipinas cadets following a 75-69 victory in the opening day of the Filoil Flying V Premier Cup at the Arena in San Juan on Saturday, April 21.

Thirdy Ravena turned in an all-round effort with a team-high 16 points, 5 rebounds, 5 assists and 3 blocks as the reigning UAAP champions proved steadier down the stretch against a squad parading the top collegiate players in the country.

Adrian Wong chalked up 13 points, Mike Nieto added 10 while Angelo Kouame frolicked in the paint, pulling down 15 rebounds on top of 5 points and 3 blocks in the win.

Despite the win, Ateneo head coach Tab Baldwin wasn’t as impressed, admitting the team has to fully acclimatize themselves with each other.

“We’re not ready to try and play as a team. We have no chemistry right now but those things will come. I think you can look at our team and say they are stronger physically, you know, they’re starting to grow into men now and that’s what we want,” said Baldwin.

Kobe Paras, who returned to the Philippines earlier this week following his decision to pursue a professional career, had a relatively dismal night after firing 13 points on a 5-of-14 shooting from the field and 1-of-6 clip from the free throw line. He also had 3 rebounds, 3 assists and 3 blocks in the loss.