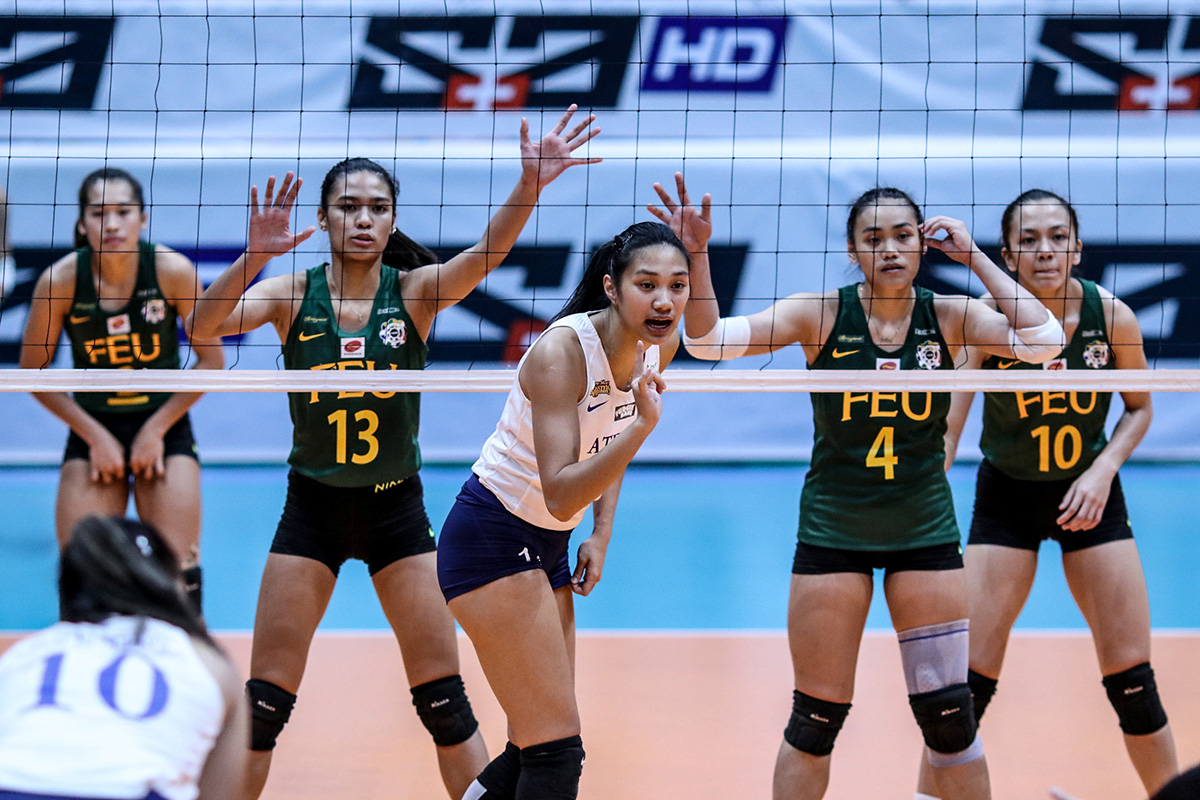 MANILA, Philippines – Bea de Leon had her share of emotional moments after bowing out of the UAAP Season 80 women’s volleyball tournament with a semis loss to Far Eastern University. However, she immediately looked into the positive side after taking some time to reflect.

“But I’m very proud of what my team has achieved,” said De Leon.

The Lady Eagles recovered from a 0-2 start to the season and made a statement with a 5-game winning streak in the second round. This secured them a Final 4 spot, which was their first goal amid questions on the team’s talent this year.

“That was the goal this season, the first goal. Of course everybody wants to be a champion but it’s not for us this year. I think we still [overachieved],” said De Leon.

However, De Leon also admitted that she had her doubts with the team, especially during her preseason stint as captain. The National University Lady Bulldogs knocked the Lady Eagles out of semis contention in the Premier Volleyball League (PVL) collegiate conference and Ateneo finished with a 2-3 record.

She was glad to be proven wrong.

“Even me, I myself had my own doubts with us not making it into the Final 4. We had a lot of opportunities and we made it [to the Final 4],” said De Leon.

“We’re a far cry from [where] we started in the the PVL, what people saw from us and me solely being a part of the team and seeing them every day and how we improve, malaki talaga (we improved a lot).”

With one more playing year to go, the Ateneo middle blocker will need more time to decide if she will pursue her 5th year with the team.

“It’s a possibility [that I will forego it], but I don’t want to make any rash decisions,” said De Leon.

De Leon won a championship in her first year with the Ateneo Lady Eagles in Season 77.

The middle blocker was also invited to try out for the Philippine women’s volleyball team mentored by De La Salle University Lady Spikers head coach Ramil de Jesus. However, she hasn’t made an appearance in the first two tryouts due to her commitments in the UAAP. – Rappler.com